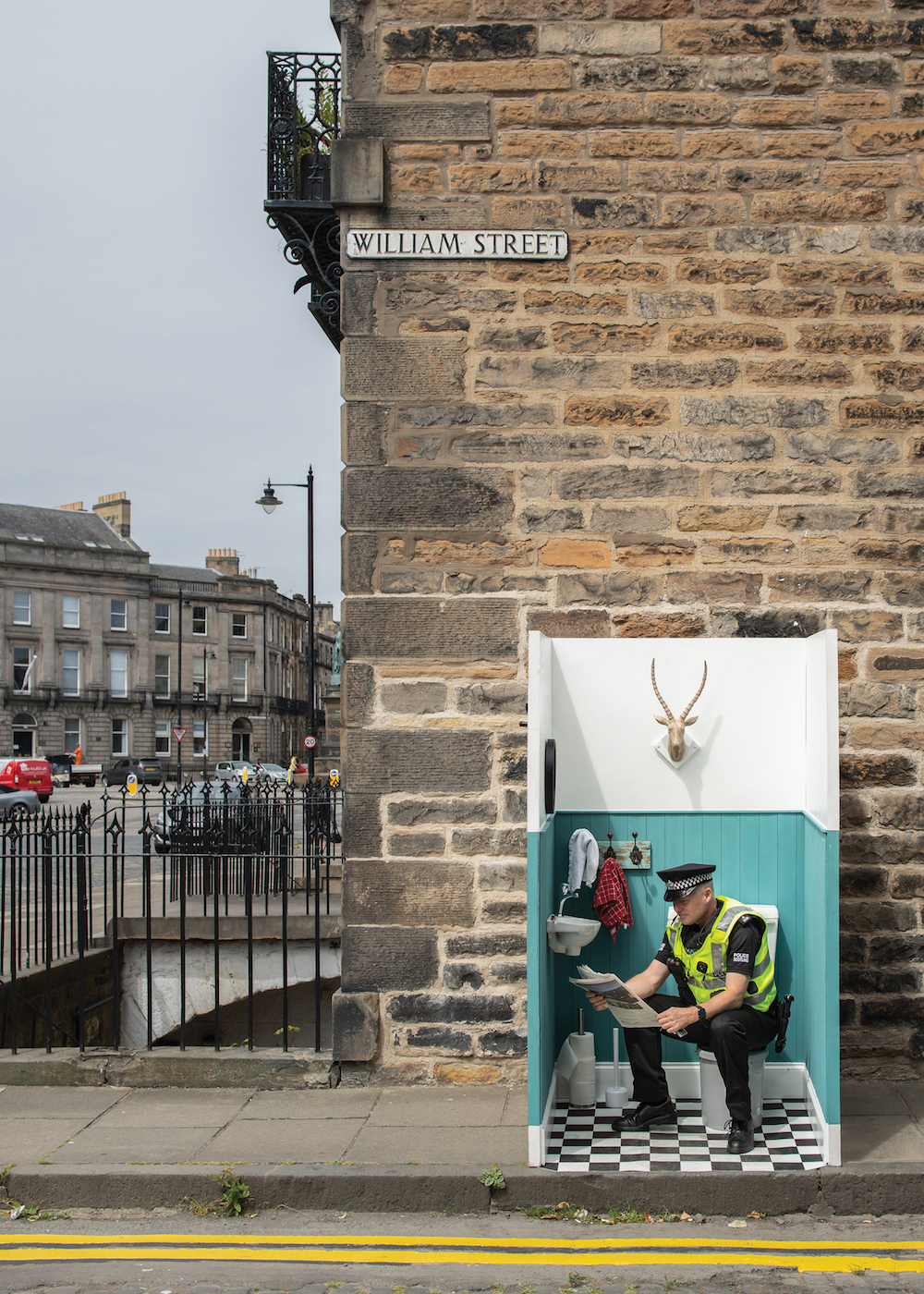 Photographer, Derek Anderson has visually documented the people who live, work and visit this colourful quarter of Scotland’s capital for almost a year. The result is 90 images which will form an on-street exhibition. This is a unique collection of striking images that gives the viewer a true insight into the character of this unique area of town.

The West End Character Project was brought together in four parts :

The resulting photographs are striking but can also be humorous representations of people, giving us an inkling into their personalities, interests and the West End. The images will be attached to large-scale outdoor structures on Coates Crescent, designed by Old School Fabrications, that will catch the eye of pedestrians and those passing through Shandwick Place.

Photographer Derek Anderson said: “This project has been my dream job in many ways: it’s brought together a unique group of people and allowed me behind the scenes access to some very special places.  With this in mind, the photographs could hardly fail to be characterful and the quirky nature shines through!”

Derek Anderson was born and educated in Edinburgh. He has developed his love for documentary and street photography with previous community projects based in Leith and beyond.  He will bring a three-person team to a pop up studio throughout July, which will aim to capture images of the public visiting Edinburgh’s West End.  The studio will be quirkily dressed as a domestic room and will even contain a custom made lavatory upon which people can be photographed.

In addition to Edinburgh’s West End Character Project, new walking tours will be launched running daily from outside the Waldorf Astoria around the West End free of charge. These will run throughout August and will provide an insight into the history, happenings and characters of the area.

​More information on Edinburgh’s West End Character Project can be found at http://www.edinburgh-westend.co.uk/west-end-character-project/

Edinburgh attracts nearly 4 million visitors annually and has been the recipient of more than 12 UK best city awards in the last nine years alone.  But although Edinburgh is well known, one of the city’s most striking areas is still something of a secret to visitors and locals alike.  To address this, Edinburgh’s West End BID (Business Improvement District) was formed in 2015.  The objectives of Edinburgh’s West End BID are: