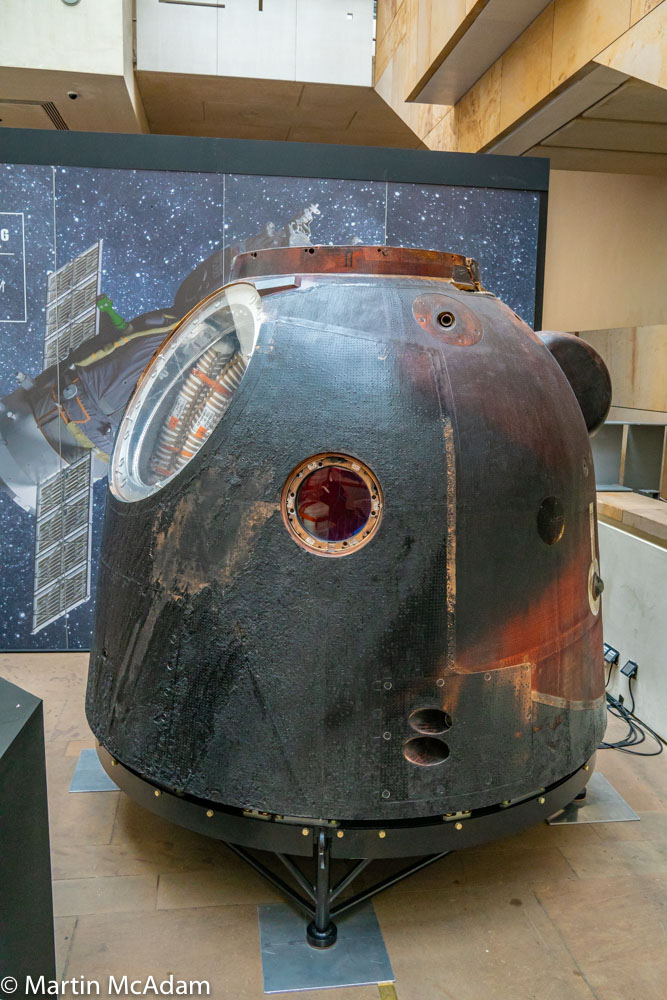 Until 4 August 2018 you can see Tim Peake’s Soyuz Spacecraft on the only Scottish venue on its UK tour. It is a real chance to get an idea of the bravery of the astronauts who have gone to space.

This is the craft used for the European Space Agency astronaut’s Principia Mission to the International Space Station.  It is free to visit. This is the capsule which brought the marathon runner back to earth from the ISS after his six month stay in space.

The craft is situated in Hawthornden Court on the ground floor as you enter from the newer part of the museum.

Experience Tim Peake’s journey back to earth in the Soyuz space capsule in the virtual reality adventure. Tim Peake is your guide for this out-of-this-world virtual reality mission that puts you in the pilot’s seat of a Soyuz capsule – just like the one that brought him home. Using the latest state-of-the-art VR technology, you’ll get a 360° look inside a Soyuz capsule and experience the thrill of being an astronaut as you retrace Tim’s journey back to Earth from the International Space Station.

Presented by the Science Museum Group. Supported by Samsung