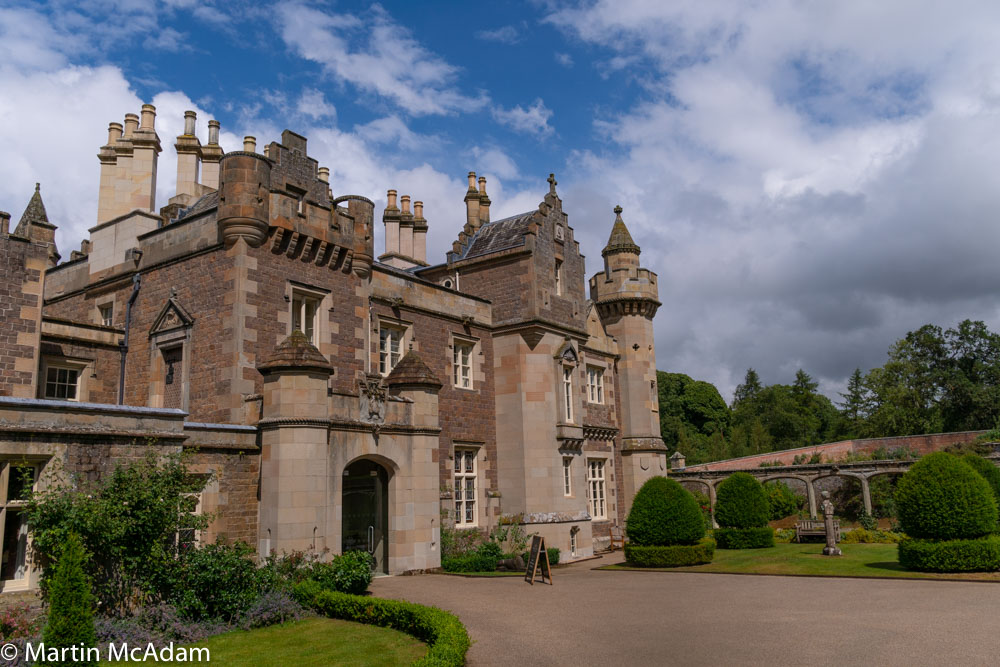 A day out at Abbotsford is made really easy with the Borders Railway. Leaving Edinburgh Waverley, the station named after Sir Walter Scott’s novels of the same name, we rushed through green countryside towards Tweedbank.

Look out for Borthwick Castle on the western side of the line.   The countryside is very pretty, especially at this time of the year.

Abbotsford is a delight, and you can feel why Scott loved it so much. The audio guide is easy to listen to and very informative. It gives you a great sense of the family who lived in the house on the banks of the Tweed. Scott built the house when he had made it as a writer, but lived there writing furiously during the last years of his life after his beloved wife, Charlotte, had died, trying to pay off the enormous debts racked up by his publisher.

Part of the exhibition for this year which runs until the end of November explains the timeline of the life of the artist Turner, and traces how it mirrored and eventually coincided with that of the writer. Scott the Wizard of the North and Turner the Painter of Light met and collaborated on publications, but their relationship was not always cordial.

There is a very individual gift shop with a lovely restaurant in the modern building which sits to the side of the main house.

Outside the house there is a little piece of Edinburgh on one of the walls. This plaque below came from the original Mercat Cross on the Royal Mile. Since 2007 the house has been cared for by The Abbotsford Trust established after the death of Dame Jean Maxwell-Scott the last of Scott’s descendants to live in the house. Over £12 million was raised with help from The Heritage Letter Fund and Historic Environment Scotland to restore the house and its contents. Apart from visiting the house you can offer support here.