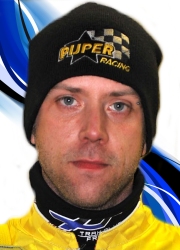 The success-hungry West of Scotland combine, who craved a road win to boost their play-off hopes, were mugged 58-32 by a Berwick side desperate for revenge after losing a lead to be edged 49-41 in Glasgow on Friday, also in the championship.

Tigers suffered a disastrous start going 18-6 behind after four races but a 5-1 for Glasgow in Heat Five stopped the rot.

Berwick, however, were not to be denied and any hopes Tigers had were extinguished after back-to-back 5-1 wins by Bandits in Heats Seven, Eight and Nine.

Another 5-1 in Heat 11 shut the door completely and Bandits ran out comfortable winners on a night when all Berwick riders pitched in including former Tigers, Aaron Summers and Theo Pijper.

Pijper scored nine points from four outings and Summers eight points from his four but he was excluded in one of his rides.