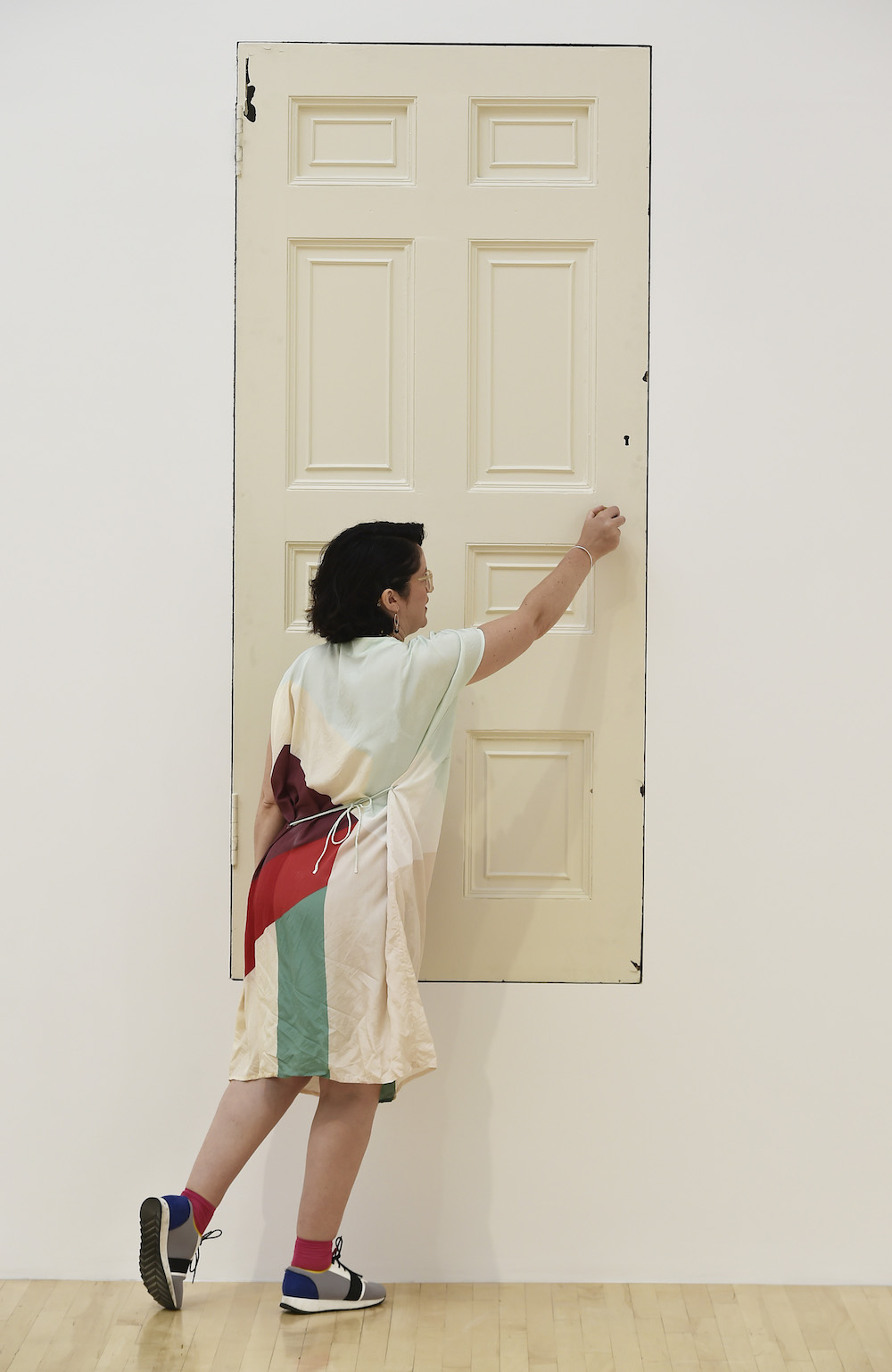 The Turner Prize-nominated artist delved into the University of Edinburgh’s collections, unearthing treasures to inspire and become part of her multifaceted show, The Green Man.

The handwritten letter from the young King James – dating from around 1585 – is a request for “the fairest and youngest” bloodhound. It will be surrounded by a collection of hunting horns from the University’s musical instrument museum at St Cecilia’s Hall.

Abstract sculptures by Lucy Skaer, based on a medieval hunt scene, are scattered across the space, like animals fleeing a hunt.

A series of immense sculptures fill the floor of Talbot Rice’s Georgian Gallery. Skaer’s installation Sticks and Stones begins with two large slices of mahogany, which are then transformed into different materials, including ceramic, marble and aluminium.

The artist is showing and also reworking a selection of intricately detailed seaweed and ferns prints found in eminent printer Henry Bradbury’s publications from the 1850s and 60s. She has combined Bradbury’s nature prints with cutting edge microchip designs from the University’s School of Informatics.

The exhibition includes artworks from a range of collaborating artists, all of whom contribute to Skaer’s exploration of collections, forms, print and language.

The early 20th century American poet and novelist H.D. is the focus for Will Holder. He has republished 500 copies of the writer’s now out-of-print Palimpsest, which will be distributed free-of-charge to gallery visitors.

Hanneline Visnes’ bold paintings comment on the representation and control of nature using stylised motifs of animals and plants.

Tessa Giblin, Director of the University of Edinburgh’s Talbot Rice Gallery, said: “This exhibition has many facets and partners, and we are immensely proud to show it as part of the Edinburgh Art Festival. The Green Man carves playful new ways for the collections of the University to speak to visitors, and represents Lucy Skaer’s most in-depth exhibition in the UK to date.”

The Green Man is a partnership between several parts of the University of Edinburgh: Talbot Rice Gallery, the Centre for Research Collections, and Edinburgh College of Art.

It has been supported by Creative Scotland and the John Florent Stone Fellowship and is part of the Edinburgh Art Festival.