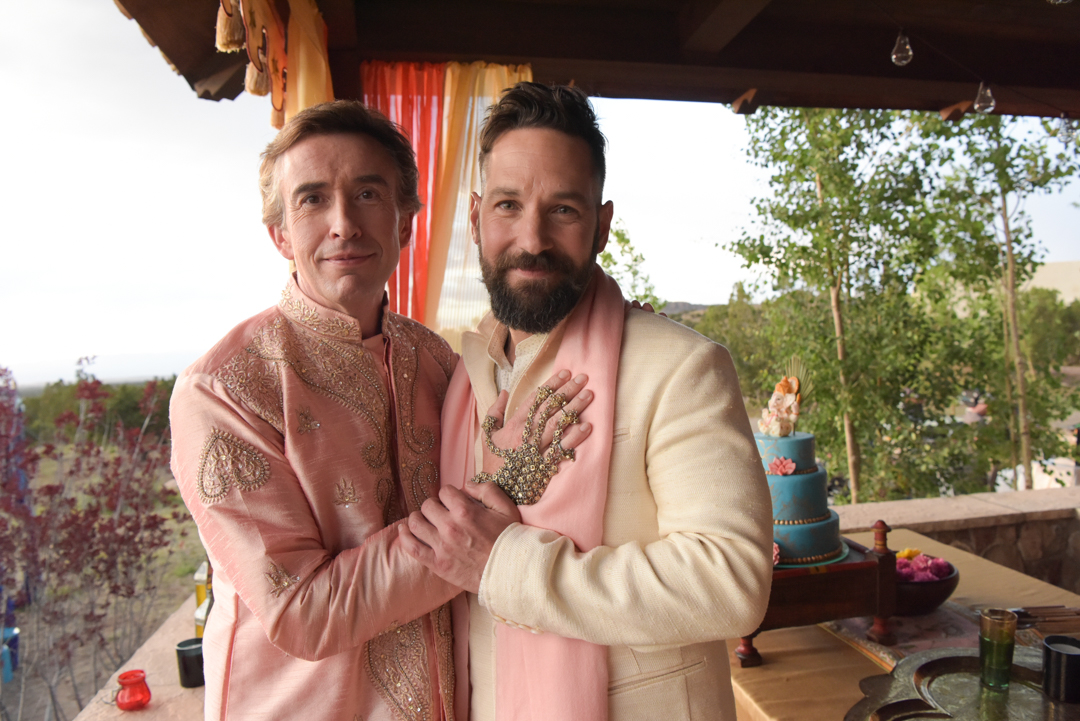 Steve Coogan and Paul Rudd star as Erasmus and Paul, long-term lovers who live a carefree life in Sante Fe, where Erasmus is a kitsch celebrity TV chef and Paul his long-suffering producer. The pair’s comfortable life in an expansive ranch house becomes disrupted by the unexpected arrival of Angel (Jack Gore), Erasmus’ 10-year-old grandson he didn’t know he had. Angel’s widowed father Beau (Jake McDorman), the estranged offspring from an “experiment” with a woman that Erasmus had many years earlier, has been arrested for drug dealing. So, the boy must either stay with his grandfather or enter foster care.

As the story begins it’s made clear that the relationship between the two men has seen better days. They spend most of their time bickering and when Erasmus asks Paul what they do best, Paul replies: “Drink and argue.” When Angel (who renames himself Bill) drops into their lives Paul is adamant they are not cut out for fatherhood: “We can’t have a kid, we couldn’t even handle that Yorkshire Terrier.”

It isn’t hard for the audience to guess that Erasmus and Paul will find themselves transformed by their newfound parental responsibilities or that their relationship will become stronger as a result. The fun stems mainly from the amusing interactions between the couple although sometimes the tone of the film veers wildly between silly, sincere and sarcastic.

Some viewers will feel that the principal characters border on stereotypes and will be surprised to learn that writer-director Andrew Fleming wrote the movie from personal experience. Coogan and Rudd are far better than the lacklustre material and in the right hands this could have been a great movie, instead of a okay one.