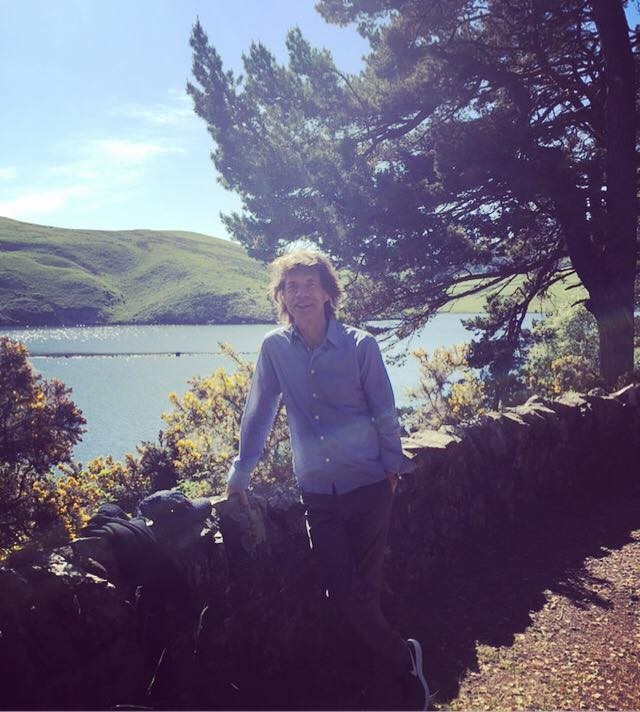 How does one of the biggest names in popular music relax before a massive, outdoor gig?

Visit Glencorse Reservoir, of course. Mick Jagger did just that before the Rolling Stones rocked Murrayfield on Saturday night.

And, this weekend, top anglers contest the Scierra Pairs heat at the reservoir in the Pentland Hills near Flotterstone.

Owner Bill Taylor is hoping for some settled weather and he added: “The recent weather has had an adverse effect on fishing.”

The Scierra Pairs heat is on Sunday (from 10am to 5pm) with anglers vying for a place in the Grand Final later this summer on an English reservoir.

The popular event has been fully-booked for weeks and the competition carries the highest prize fund in British competition fly fishing.

Two anglers fish in the same boat and restrictive rules are kept to the minimum and the competition allows all flies permitted by the fishery.

If you failed to get your name down for Sunday then there are two other opportunities.

Heat winners receive an embroidered fleece with the runners-up a Scierra fly line each.

The fifth to tenth placed pairs receive various products from the sponsors and the best fish on the day carries a prize of £250.

He landed six fish to edge second-placed Mark Gray who landed five. Peebles-based Steve was fishing black beetles on the top of the water.

And black beetles on the point and yellow owls on the dropper have been catching fish at Loganlea this week.

Elsewhere, Derek Herbert from Edinburgh celebrated this week after landing a trout around ten pounds at Morton Fishings, the venue for the previous heat of the Scierra Pairs.

His black and green fritz fished on a midge tip worked a treat in the big bay and the fish in a bag of three was just short of his personal best of 11lbs 5oz.

Tweeddale Millennium Fishery near Gifford in East Lothian has been fishing well on all pools despite the recent weather.

The fly pools have produced some great catches on black humongous snakes as well as olive snakes fished on intermediate lines.

Meanwhile, on the rivers, Cramond Angling Club (CAC) officials have met the City of Edinburgh Council, Forth Rivers Trust and the Scottish Environment Protection Agency (SEPA) to discuss the Fair a Far Fish pass near Cramond.

Excess rock fill downstream of the new pass is a real issue for anglers and CAC officials report a positive meeting.

And on The Tweed, water levels are low. Fish are rising and being caught but it is more difficult as the water is clear and shallow. Best spots are the pools according to secretary Peter Reith.