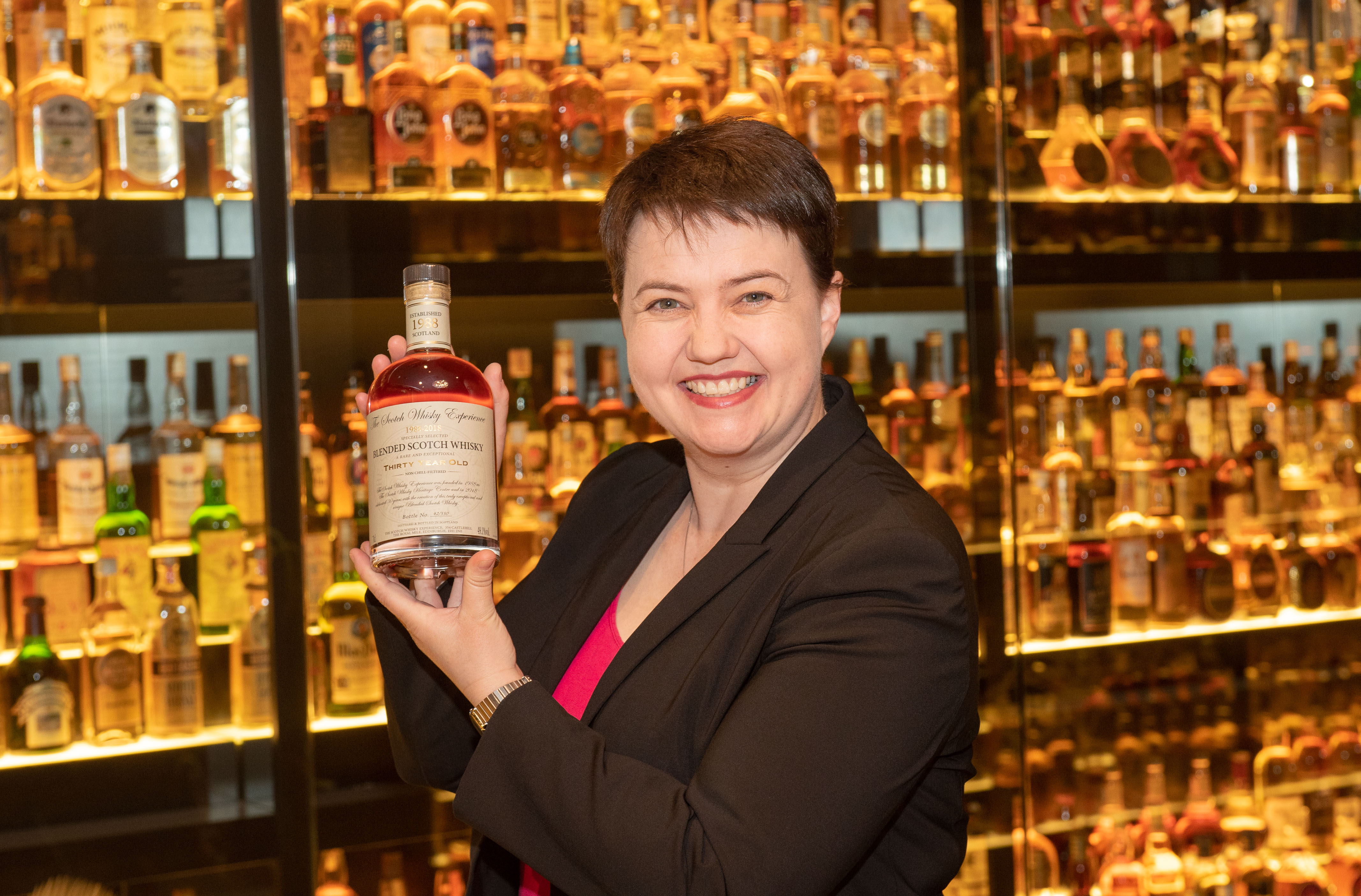 Edinburgh Central MSP Ruth Davidson paid a visit to a business which sits right in the middle of her constituency, and which is celebrating 30 years in existence.

She was given a special bottle of whisky with which to celebrate the impending birth of her baby later in the year.

The whisky visitor attraction has created some new bottled blends and will be holding special events to mark the birthday. In the last 30 years the attraction has been visited by 6.8 million whisky lovers who have tasted 8 million drams. There are only 550 numbered bottles of the unique 30 year old Scotch which is released to commemorate the anniversary. The bar within the Amber restaurant will offer a flight of four whiskies including one from each decade in the last 30 years. This will include Cu Bocan 1988, Balblair 1991, Glenrothes 2001 and Benromach Organic 2010.

Later in the month two members of the team will hide a time capsule in the attics of the building which they occupy, and which was originally built as Castlehill Primary School. Both General Manager Susan Morrison and Head of Technical, Dave Wilson have worked there since the attraction opened.

Susan Morrison, director and general manager at The Scotch Whisky Experience, said: “This is a huge milestone for us at SWE and we wanted to do something truly special to commemorate,

“We pride ourselves on providing a unique experience for all our guests, whether it’s a whisky tasting or blending session, or an intimate private dining experience and we have had a huge amount of success over the past three decades.

“It’s incredible to think that we have shared some of world’s best whiskies with 6.8 million visitors from all around the globe in the past thirty years and we are very excited to see what the next thirty will bring.”