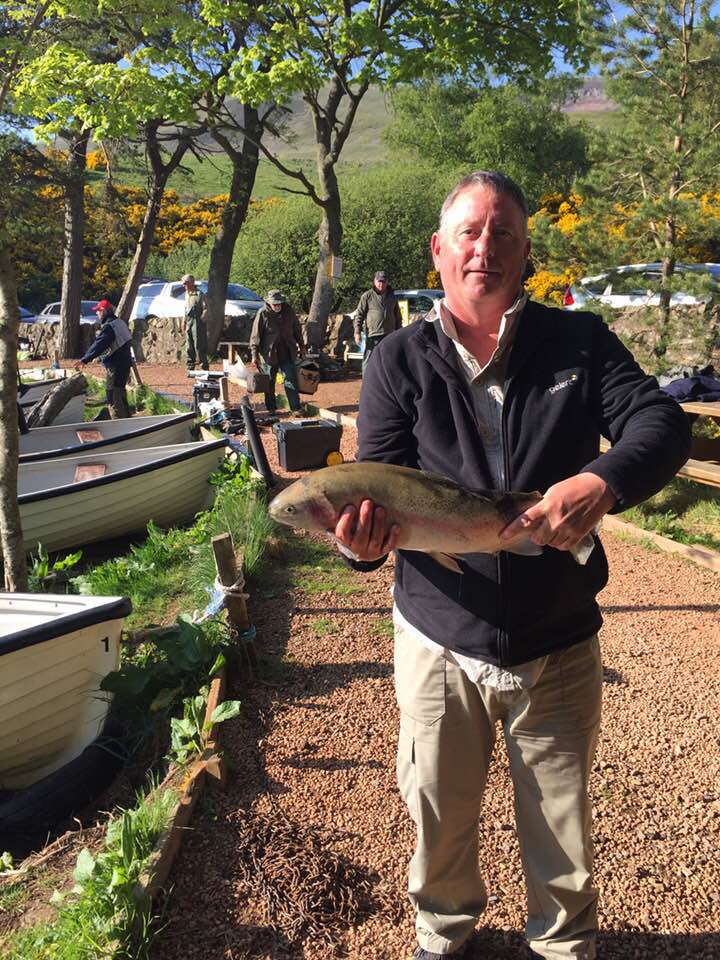 Peeblesshire Trout Fishing Association host their Family Day on Saturday from 10am to 4pm at Kailzie Fishery near Peebles. It is sponsored by Fastflies.co.uk.

There are instructors on hand to assist with casting and to answer any questions and a BBQ will be available.

Nearby, the water level in the River Tweed is low. Catches are not as numerous as last year when there was more water, although anglers are still catching trout, some of them quality.

Meanwhile, Glencorse Reservoir report a busy spell with a number of outings.

One of them was the West Coast Police who claimed a total weight for 138lbs, including a 8lbs rainbow caught by Stevie Mannion. There was another 7lbs caught by Alex Knox.

Pencaitland and North Berwick have also enjoyed outings despite a bitterly cold and heavy fog early on. It cleared away to open up for the bright and warm sunshine.

Anglers at Tweeddale Millennium Fishery have enjoyed some tremendous sport.

Buzzers and smaller patterns have been the most productive on the fly pools. And the millennium bait pool has fished well on power bait.

Meanwhile, The Scierra Pairs carries the highest prize fund in British competition fly-fishing, with prizes at every heat in addition to the final.

The format allows a pair of anglers entering to fish in the same boat. Restrictive rules are kept to a minimum and the competition allows all flies permitted by the fishery.

Morton Fishings near Mid Calder hosts a heat on Sunday and there is still time to enter. Three boats are still available for June 3 and book one by calling the fishery.

Incidentally, the water is open for bank fishing on Sunday and there are over 40 pegs available. Morton closes at dusk.

Nearby, there has been another bumper stocking of big fish at Allandale as local angler Mr Comrie can attest having caught a number over the past few weeks. His last was a rainbow trout of just over 10lb.

Both the fly only water and bait pool continue to fish well. On the Fly, various patterns are working most days such as numerous nymph patterns, buzzers, emerger CDC’s, spiders and damsel lures.

The main thing is size with some days smaller versions favoured with other days it 10’s and 12’s and most fish are caught in the top 2ft on both waters.

In the bait pool, again multiple baits are taking, from green or yellow power bait, maggots, worms or even just plain old sweetcorn. Floats are preferred but the odd fish is coming off the bottom. We are now fishing 9am to10pm every day, except Tuesday when we are closed.

Moving to East Lothian, Markle Fishery near Haddington also reports a busy spell. Joe Beattie from Leith landed had seven fish on buzzers and Dave Smith from Dunbar used the same tactics to lure five to the net.

Mr Jones hooked two for 13lbs with a best of 7lb 8oz caught on a black snake lure.

The honour of the biggest fish this month goes to Brian McIntyre from Dunbar who landed one of 12lbs on a black and silver spider.

Violet Johnston from Romano Bridge Happy FFC won the day for her club’s outing with a fish of 8lb 12oz on a flashback damsel.

Bruce Hunter took eight with a best at 8lb 12oz on black lures and black buzzers.

Dave Smith had another cracker at 8lb again on a buzzer whilst Mr Nicol used a black diawl bach to lure a nice 7lb 8oz fish.

A fine specimen of 10lb 8oz fell to Derek Dimarco from Haddington to a Black Nomad.

And the action continued with Tam Wylie hooking two just over the 10lb mark on Cats Whisker and Bruce Hunter another of 8lbs to a black lure.

P Duncan and Ron Thom had five and six respectively to diawl bach patterns and Jack Hay one at 8lbs to a buzzer.

A Gill took another 8lb fish on a black rabbit whilst Bruce Hunter had 6 to black lures with the best a fine specimen at 10lb 8oz.

Liam Allison used a dry fly to lure an 8lb fish and Jack Hay had yet another double of 11lbs on a black buzzer.

Some great weather has meant that fish are rising, especially in the evenings, although buzzers remain the best flies for day.

If you are tempted then Markle is open until 10pm at the moment.