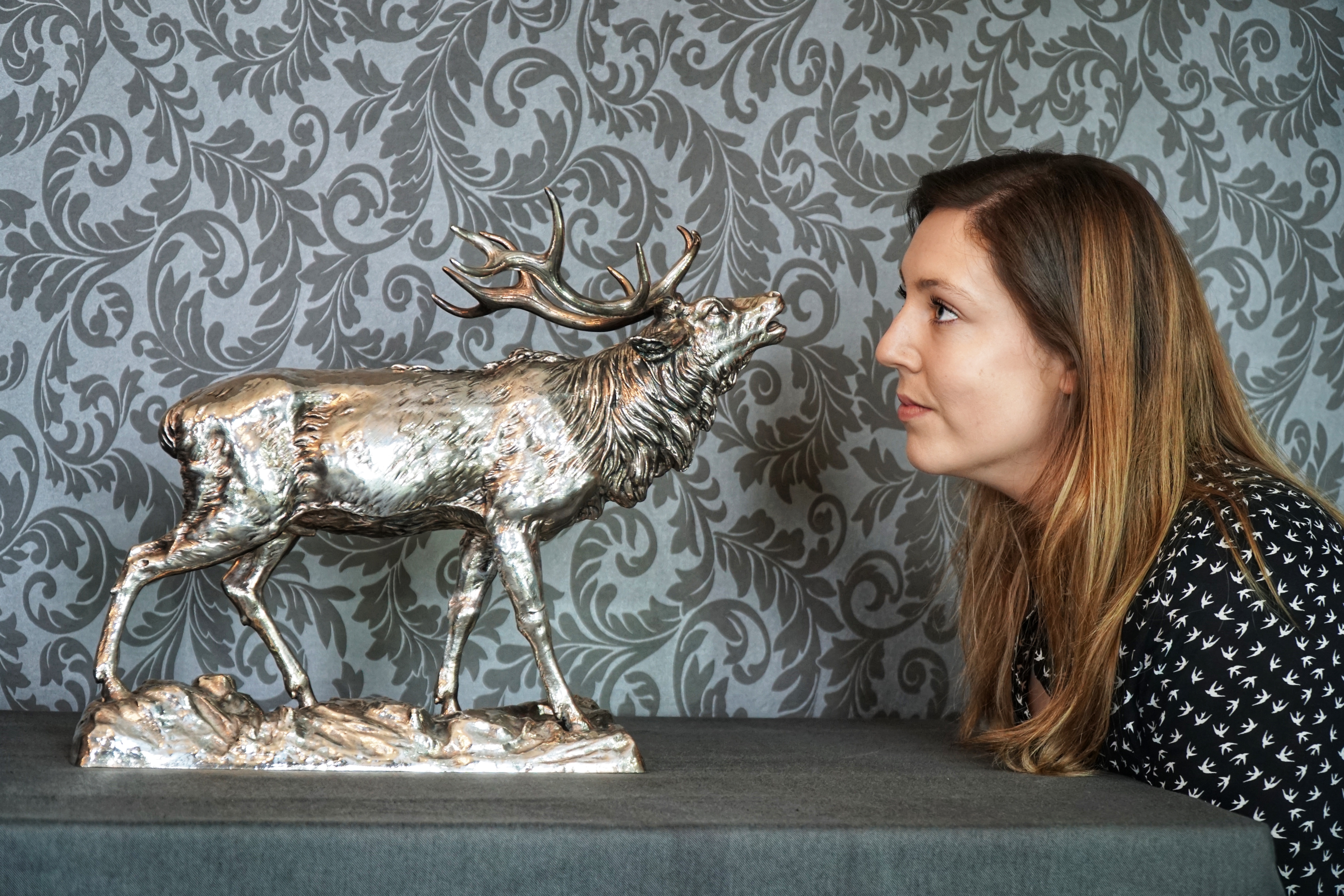 The 19th Scottish Sale will take place at Bonhams sale rooms on Queen Street on Wednesday 25 April beginning at 1.00pm.

There are always many artworks included and this year is no different with a lovely and unusual painting by Dame Elizabeth Blackadder on public view for the first time.

Pictures Specialist May Matthews told us about The Catch of the Day which depicts some lobsters and other seafood. She explained : “It is a lovely fresh item, straight to the market! it is a beautiful Blackadder this still life with lots of interesting crustaceans and lobsters.

“There is a great story behind it. Dame Elizabeth regularly bought from the same fishmonger for years, and she mentioned to him one day that she needed lobsters which he remarked was unusual for her. The artist explained that she would like to paint them but the fishmonger first thought she might like to apply paint to the lobster shell, not knowing that she was a famous artist.

“He then jokingly said she must give him one of her paintings sometime and a few weeks later she presented him with this beautiful watercolour. What an amazing gift!”

It took a couple of years for the realisation that Dame Elizabeth is a famous artist to dawn, but the provenance of the watercolour is assured since it was a gift from the artist herself.

The Scottish Sale is the most eclectic of the whole year so there are many other items on show today and tomorrow. Anything from sporrans to MacMerry pottery, silver tea sets and an early 19th century stirrup cup made by Sir Alexander Edmondstone of Edinburgh. There are some beautiful silver objects too.

One of the loveliest things we saw which has a real Edinburgh connection is the Victorian silver ewer engraved with the arms of Edinburgh. The engravings on it feature a castle, an anchor which depicts the Lord Provost’s position as Admiral of the Firth of Forth and there is a woman with hair hanging over her shoulders.

We are told this is representative of the other name for Edinburgh Castle which is the ‘Castle of Maidens’ as it was often used to protect princesses and noblewomen in times of war. There is also a doe which recalls the city’s patron saint St Giles who apparently spent much of his time in solitude in Provence forests with only a doe for company.