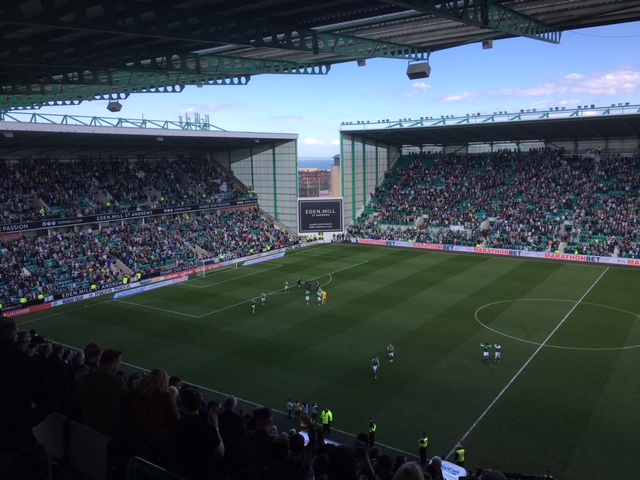 Celtic arrived at Easter Road on Saturday anticipating a party to celebrate winning their seventh league title in a row but left empty handed after a magnificent performance from Hibs.

Conspiracy theorists who suggest that the players held back so that they could win the title against rivals Rangers clearly did not watch the game.

Both teams gave 100% and but for some heroics from Ofir Marciano, the trophy could easily have ended up in the Celtic Boardroom.

Having said that, Hibs could have scored more goals as both sides mounted attack after attack with play raging from end to end.

At full-time it was Neil Lennon’s men who emerged victorious thanks to goals from Jamie MacLaren and Vykintas Slivka and Rodgers had no complains about the result.

The main talking point amongst the Celtic fans before the game was the suggestion that Rodgers would replace Arsene Wenger at Arsenal but at the after match press conference he distanced himself form the move.

Instead he took time out to praise his opponents. He said:  “The better team won. Sometimes you have to take your medicine. Congratulations to Hibs.”