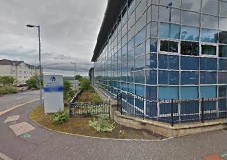 An investigation is underway after police shot a woman with a non-lethal bullet used to subdue suspects known as a baton round.

The 48-year-old who was arrested at the locus was not seriously injured in the incident.

As a matter of course the  Police Investigations and Review Commissioner  is obligated to investigate every incident where police fire their guns in Scotland.

A Pirc spokesman said: “We are investigating an incident involving a 48-year-old woman within the grounds of Craigmillar Castle where a baton round was fired by an officer.

“The woman received an injury which did not require hospital treatment and was subsequently arrested by police.

“The incident was referred to the Pirc by Police Scotland and a report on the commissioner’s findings will be submitted to the deputy chief constable in due course.”