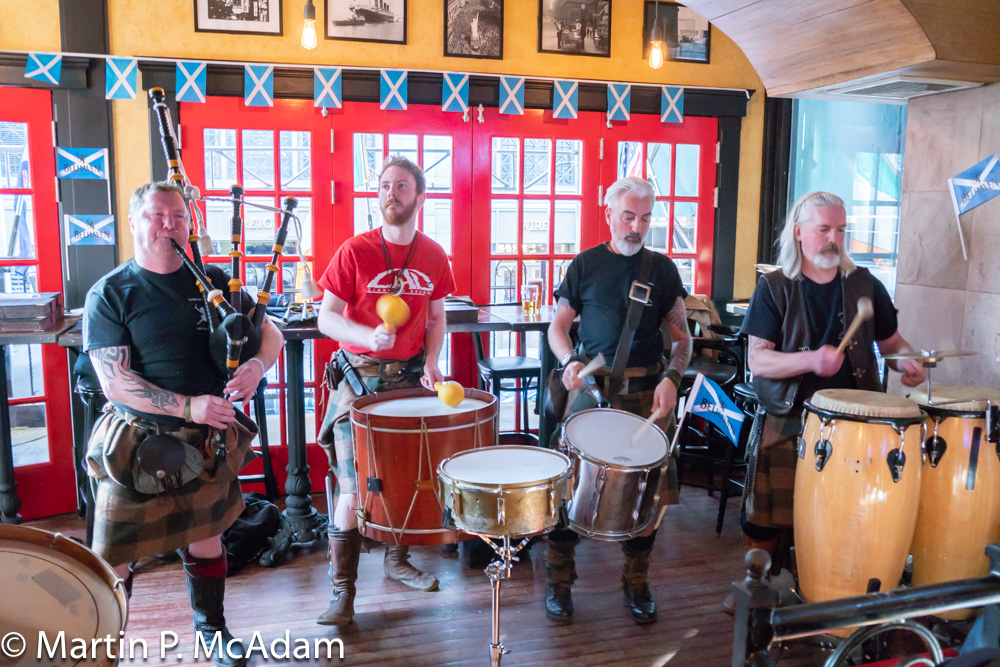 Leading up to the main event, the parade on Saturday there is a lot of Scottish entertainment to be found in the bars around New York. In Blooms Tavern which is an Irish bar now festooned with Saltires we found a Celtic tribal band who have come all the way from Glasgow.


The five Glaswegians who make up Clann an Drumma made so much noise with one set of bagpipes and four drums that people on the New York street stopped outside  to see what was going on.

This is rhythmic tribal music – quite  hypnotic after a while, although so loud in the upstairs room at Blooms on 58th St there would have been no chance for anyone to fall asleep. And why would you? The music completely takes you over and  the bar was hopping with a mix of Scots and enthusiastic Americans.

When they asked (actually more of a command!) all the women in the bar to get up on stage to shake a tambourine or a maraca then, in the interests of proper research, reader, I was there.