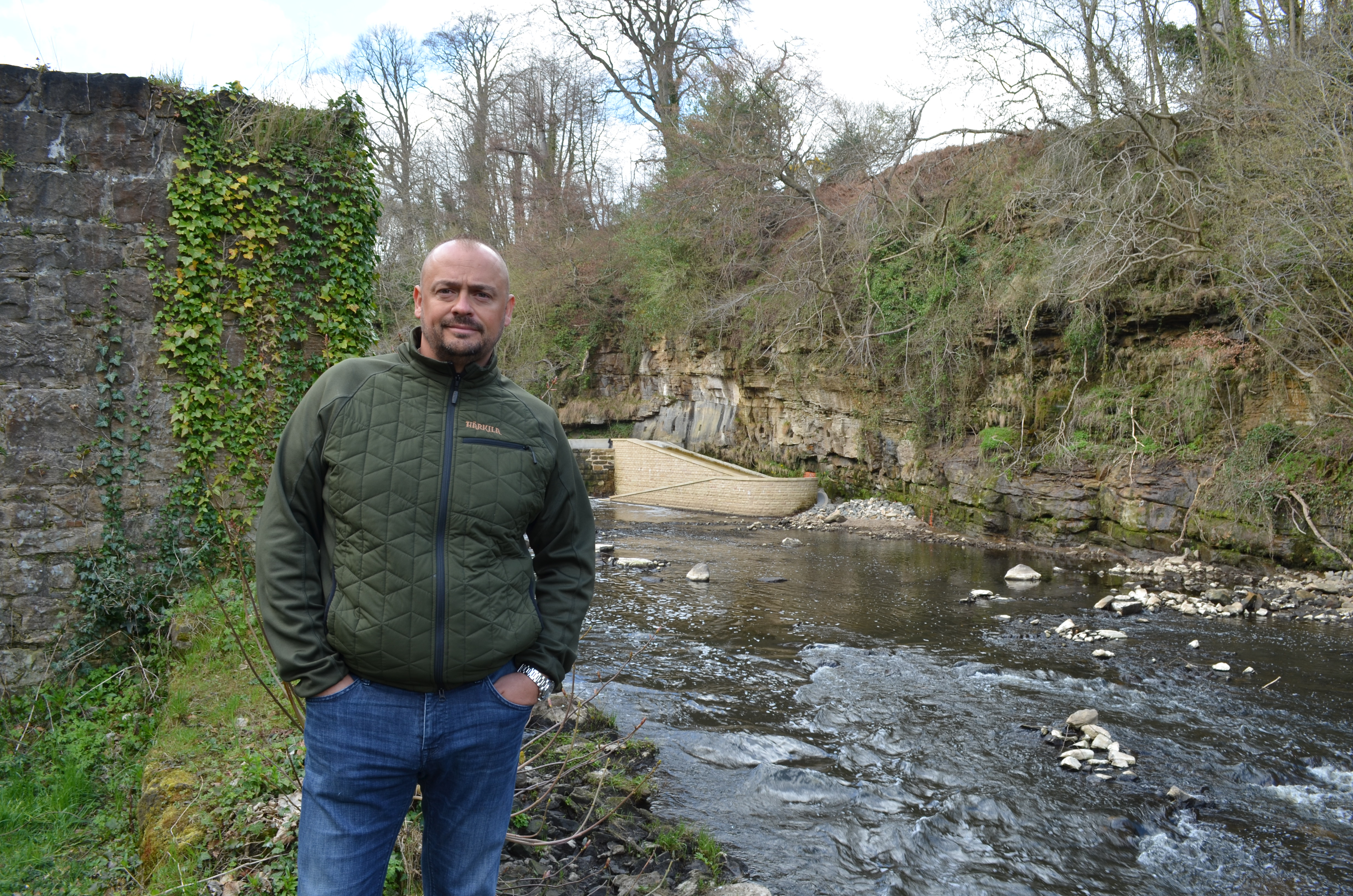 Adam Cross, chairman of Cramond Angling Club, has welcomed the opening of the Fair a Far weir fish pass.

Cross and a number of committee members were present at the event in late April on the grass next to the old mill buildings.

There The River Forth Fisheries Trust detailed their involvement in the scheme.

The trust and Cramond Angling Club had stalls to provide more information about the fish pass and fishing on the river.

The pass, incidentally, is part of RiverLife: Almond & Avon, a partnership project which is a combination between the River Forth Fisheries Trust, The City of Edinburgh Council and West Lothian Council.

And the project aims to improve the River Almond and Avon for the benefit of wildlife and the communities which border the rivers.

Adam, who made the first official cast of the season, which was also toasted by a dram, said that hopefully the work will make it easier for the fish to get up the river.

And that should make more sport available to anglers.

The chairman said there were positive noises coming from members about catch returns so far after a tough, cold winter with a late snowfall.

And he reminded potential members that The Almond at Cramond was easily accessible by public transport.