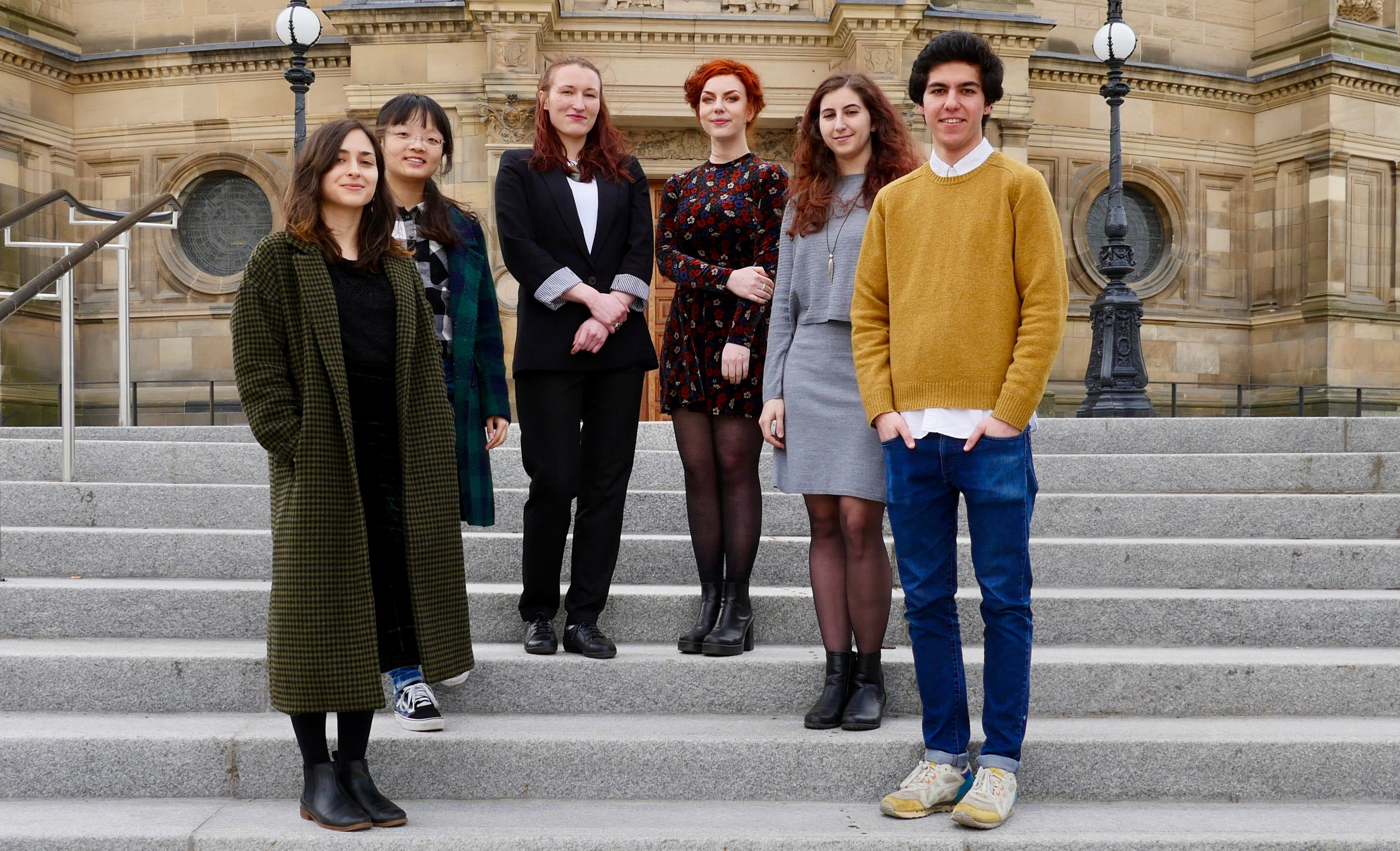 Edinburgh World Heritage has launched a new manifesto today outlining what the young people of Scotland think is necessary to ensure a stronger connection between them and the country’s heritage. The manifesto was written by a group of young people living and studying in Edinburgh, and was launched at a World Heritage Day celebration attended by Scottish Minister Maree Todd Minister for Childhood and Early Years tonight at the Reid Concert Hall.

Specific recommendations from the manifesto, timed to coincide with the 2018 Year of Young People, include a call for greater honesty from heritage bodies.

This includes being truthful about issues such as the way some buildings in the New Town were funded from the proceeds of slavery, or the poor working conditions of tradesmen involved in its construction, as well as calls for better access for young people to the large proportion of public collections that are not on general view.

The resume of the manifesto boils down to five main points :

Other recommendations include giving young people a greater role in welcoming visitiors to the city, and for more programmes such as ‘museum lates’ to be developed and launched.

Recent research conducted by Edinburgh World Heritage has revealed that levels of engagement and understanding of Scotland’s World Heritage sites are far lower among young people than among the general population.

For example, only 8% of 16-24 year- olds are aware that Edinburgh’s Georgian New Town is part of a World Heritage Site.

Fiona Knight, 21, commented: ‘Many young people want to discover heritage for themselves. We are looking for practical, hands-on, meaningful experiences that deepen our appreciation for our heritage and allow us to talk honestly about the issues thrown up by our past’.

Murid Laly, 20, commented: ‘We want to feel proud of the places where we live. In the Old Town of Edinburgh for example, where many of us live, we see commercialisation, ‘tartan tat’ shops, and many new hotel developments. Why not allow us to welcome visitors and help explain that they are entering a living, breathing city that requires gentle handling’

All films shown this evening were shot in The Dean Village on Monday with the group walking there, exploring and finding out what the buildings might have been used for as well as what is there now. Dean Village is very pretty and this made for a good subject and we were advised in the second production to slow down, relax and take in the detail!

A third film showed elements of ‘beautiful silence’. The young person introducing it advised us to look up when walking around and feel the calm. Courting Quiet was also filmed in the Dean Village and included cats, the Water of Leith and washing drying on the line.

The last film was the only one which attempted to include a narrative and it reminded us of RJ Finlay of The Scotsman who built Well Court in the style of a Bavarian Village.

It was a very overcrowded place when first built, but is now a peaceful place close by the West End.

Patrick Geddes got a mention in passing of course as the town planner whose work affected design and redesign during his lifetime and beyond.

Maree Todd expressed that it was a pleasure to listen to the contributions this evening. She remarked that coming from the Highlands & Islands to Edinburgh has been a great part of becoming an MSP, and she still finds walking down the Royal Mile to Parliament is an incredible experience.

She said : “I am privileged to be here on World Heritage Day. This is our chance to have an effect on Scotland and we want our young people to have the skills to shape the Scotland of the future. Scotland is unique in devoting a whole year to young people.

“We owe it to the next generation to care about what is passed on to them.”

Adam Wilkinson, Director of Edinburgh World Heritage commented: “We believe that Edinburgh’s World Heritage site should be a dynamic force that benefits everyone. We’ve clearly got our work cut out in better engaging with young people, and we are very grateful for the clear ideas and recommendations we have received from our young ambassadors. Now we need to move from words to actions.”

Maree Todd continued: “It’s so important that young people living in Scotland engage with and take advantage of what our heritage has to offer – helping build a sense of well–being and belonging, enjoying the educational benefits, as well as taking advantage of skills development and career opportunities.

“Our young people are the future custodians of of our precious historic environment, and I fully support the development of new ways of involving and inspiring this crucial group of people.”

Cllr Neil Gardiner, Convener of the council’s Planning Committee, said: “We’re committed to getting more young people involved in the planning process and as it is the Year of Young People 2018 it is particularly fitting that we progress this where we can.

“For example, we are working with Planning Aid Scotland to develop relationships with schools in the city, focussing on areas that will see significant change in the future, so that we can hear from young people on the type of neighbourhood and city they want Edinburgh to be in the future.”

The manifesto sets out the detail

1 – Have honest conversations about heritage and values

The heritage industry is sometimes out-of-step with our values. While the conservation of objects and buildings is important, we need to recognise that the values they represent can be outdated and lack relevance to young people.

We need to be honest and recognise this, and encourage young people to get involved and have a healthy debate about the issues thrown up by the past – such as slavery, LGBT rights, child poverty, and poor working conditions for the many involved in building our great monuments.

2 – Allow us to discover heritage for ourselves

Many of us were taken to museums and heritage attractions as children, either by our parents or our schools, though some of us did not have this opportunity. But all young people want to discover heritage for themselves, and on our own terms.

We are a generation that places huge value on having meaningful experiences. Please allow us to have practical, hands-on experiences that deepen our appreciation for heritage and for the achievements and issues thrown up by our past. We want to learn about skills such as traditional building trades and heritage story-telling as well as digital skills. We may even want to work in the heritage sector!

So much of the heritage industry targets either children, or older people. Young adults are often overlooked, despite the fact that we are the future of the industry. When heritage professionals talk to us, it can come over as patronising.

Please listen to what we have to say, involve us, and allow us to help shape the way our past is presented.

So much of the material held in public collections is hidden away from public view. And so many fascinating buildings are not accessible to us. But we love being taken off the ‘beaten track’!

Give us access to the forgotten dusty corners of our country’s heritage. We will cherish the experience and help work out how to care for it and talk about it to other young people.

Our historic cities and places often do not reflect our values. We see relentless commercialisation, ubiquitous ‘tartan tat’ shops, and new developments meet the needs of the tourism industry but make us feel alienated.

Please let us be part of the development of our historic places. Involve us in the creation of story-telling and public art. And allow us to welcome visitors and to help explain that they are entering a living, breathing city that requires gentle handling.