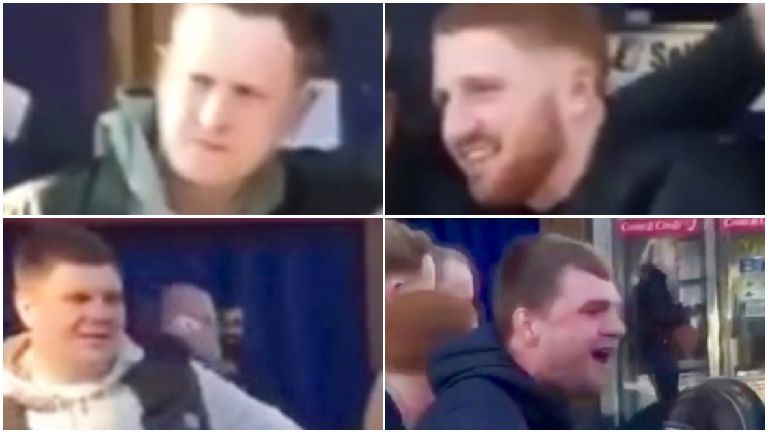 BTP has now issued images of four men they wish to speak to as part of the investigation.

A spokesperson said: ” We’d like to speak to them in relation to a public order incident on 25 February.

“Between 9.15am and midday, the victim – a high profile sporting figure – travelled from Edinburgh Waverley to Manchester Oxford Road.

“At Oxford Road, a group of men started to use abusive and threatening words towards the victim and in the presence of other passengers.