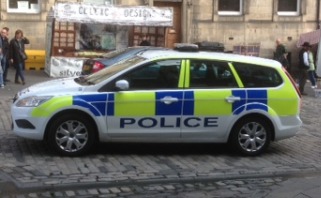 Sixteen people have now been arrested after police in Edinburgh took action in the city following a spate of motorbike-related disorder last month.

Officers had to deal with a large group of both on and off-road bikers on Saturday 13th January and reports of anti-social behaviour which stretched from Drylaw in the North West, across to Portobello and Leith in the North East, and then down into the city centre and Craigmillar.

There was also a collision in which two pedestrians suffered minor injuries in Drylaw and significant damage was caused to the Jack Kane Centre in Niddrie.

Over the last few weeks police have executed a number of warrants, including on Thursday 22nd February. Sixteen men, aged between 15 and 47 have now been arrested. A report has been sent to the Procurator Fiscal so that the cases can be progressed through the courts. Sixty-nine charges have been preferred at this time, mostly for road traffic matters. Twelve ASBOs have also been issued.

Chief Inspector Gill Geany said: “This has been a significant operation and rightly so, given the considerable disruption caused to communities right across the capital back in January. After a thorough investigation we obtained eight warrants and on Thursday teams of officers went through doors early in the morning.

“People living in various communities will have noticed our activity and I want to thank them for their support both in speaking to us and providing information whilst we have been carrying out our investigation. We will continue to act upon any information that people wish to provide to their local officers by calling 101, or through the charity Crimestoppers anonymously on 0800 555 111.

“The behaviour seen on 13th January was appalling and inconsiderate and affected thousands of people. People were injured and such disorder simply will not be tolerated. I’m pleased to say that what happened is not at all reflective of the motorcycle community in Edinburgh and the Lothians and we continue to work closely with them to ensure they can enjoy their pastime safely.”