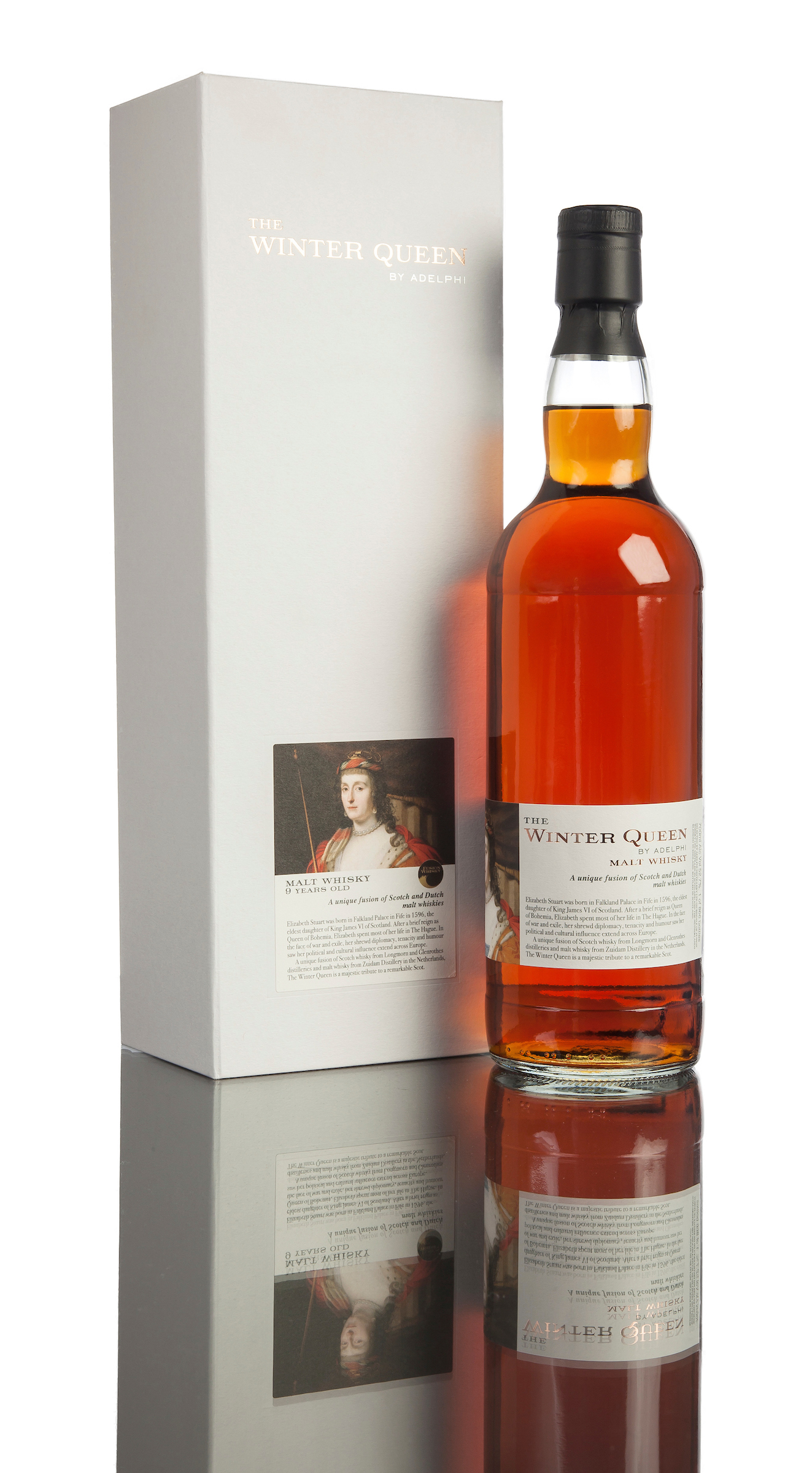 A new blend of Dutch and Scotch whisky called The Winter Queen honours the legacy of Elizabeth Stuart, eldest daughter of James VI and I and Queen Anne of Denmark.

The new Winter Queen, a single malt by Edinburgh-based Fusion Whisky celebrates the story of the forgotten princess Elizabeth Stuart who was born in Fife in 1596, but who lived most of her life in The Hague. She became a figurehead for thousands of Scots mercenaries based in the Netherlands. As a child the princess was involved in the story around the Gunpowder Plot. She was married at 16 to Elector Palatine Frederick V and the young married couple moved to Bohemia. After a year of reigning there, they had to flee Prague and were afterwards called The Winter King and Queen.

Fusion Whisky Director Graham Langley said: “Elizabeth’s story is a superb one, and certainly deserving of a wider audience. Our Winter Queen whisky serves to honour this forgotten Scottish princess and to bring greater awareness to her remarkable life and influence.”

Dr Nadine Akkerman of Leiden University is the leading authority on Elizabeth Stuart. She said: “More politically cunning than her grandmother, Mary, Queen of Scots, and more belligerent than her godmother, Elizabeth I, she never relinquished the title Queen of Bohemia, even though she spent upwards of forty years in exile in The Hague after but a year in Prague.”

Dr Akkerman said that the thousands of letters Elizabeth wrote to statesmen and stateswomen, generals, lieutenants, ambassadors and other diplomats, showed the complex, witty and influential character of Elizabeth, whom history has largely overlooked.

The Winter Queen is the third character-led blend of international whisky launched by the company who work in collaboration with Adelphi.

Others include Glover to celebrate Thomas Blake Glover the Scottish samurai and the E&K in honour of the Walking Viceroy Victor Alexander Bruce, 9th Earl of Elgin and 13th Earl of Kincardine.

The Winter Queen is made from whisky from Longhorn and Glenrothes Distilleries and whisky from Zuidam Distillery in the Netherlands.

Alex Bruce who is master blender at Adelphi said : “By taking whiskies matured in different climates, we have been able to create a very new and innovative style. Like the historical characters we honour, these whiskies are themselves pioneers, challenging expectations of what blended whisky is. Crucially, these whiskies are also products of international partnerships and friendships. We’re very proud of it!”