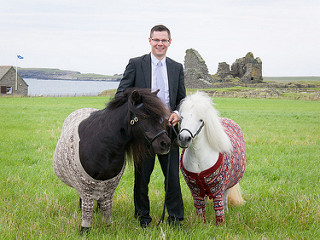 He has a reputation as “The Fixer”.  And this week Derek Mackay delivered a “historic” budget, the first to give Scotland a distinct income tax system, the long-promised “tartan tax.”  And this while the SNP is a minority government.

He won the support of the 6 Green MSPs and two of the Liberal Democrats for his budget which not only spends £40bn but also cuts income tax for 70 per cent of workers and increases it for those earning more than £33,000 a year. Instead of three bands of income tax, there are to be five, ranging from 19 per cent to 46 per cent (one per cent higher than in the rest of the UK).

It’s a tax revolution worthy of William Pitt the younger – the prime minister who first introduced income tax to help pay for the war against Napoleon.  And in many ways Mackay reminds me of Pitt, a squeaky clean young man, clever with figures, clever with his politics and driven by a desire to improve his country.

Derek Mackay’s drive comes from his difficult childhood, brought up in a poor council estate in Renfrew.  At one point he found himself in a homeless hostel with his mother and brother, all of them fleeing a violent and alcoholic home. He nevertheless made it to Glasgow University to study social work but left early to begin a political career.  At 21 he was elected as an SNP councillor in Renfrewshire where he rose quickly to become council leader.  In 2011, he was elected to the Scottish Parliament as the SNP member for Renfrewshire North and West.

His talent was quickly noticed and he became the SNP’s business manager (equivalent of chairman).  In government he was made minister for local government and then transport minister.  Finally, in 2016, Nicola Sturgeon appointed him as her finance secretary.

Now 40, he still looks and sounds boyish.  Although he’s a father of two, he separated from his wife in 2013 and announced he was gay.  He lists his hobbies as running and going to the gym and he certainly gives the impression of being fleet of foot, agile, clever and determined.

Take this budget for instance. It’s designed to end the years of Tory austerity by increasing tax and increasing government spending.  But it’s clever in that it doesn’t do either by very much (£200m) and it allows the SNP to claim they are reducing taxes for the poor and increasing them for the rich. But again not by very much (£70 a year at the bottom of the scale and £1,900 at the top).  However it does open the way for wider tax spreads in the years ahead.

The Labour Party say the changes don’t go nearly far enough and the Conservatives argue that they will damage the economy by penalising private enterprise.  Which allows the SNP to appear to be in the sensible middle.

Where Mr Mackay may run into trouble is in local government services. He’s only been able to increase council budgets by 1.8 per cent but we all know that inflation is running at 3 per cent and public sector workers are expecting a rise this year of at least that figure.  Indeed the SNP have made a song and jig of lifting the 1 per cent pay cap.

As I write this, local councils have been meeting to set their budgets. Most are having to raise council tax by the full permitted amount of 3 per cent, and still, they say, they are short of money to keep schools, care services and other local facilities running. Unfortunately, we all get confused when local and central government start blaming each other for failing services and, under the smokescreen, the politicians get away with it.

To be frank, not a lot else has happened in Scotland this week.  There have been the usual Brexit exchanges. University lecturers have been on strike over pension changes. There’s been another heroic rescue in the snow-covered mountains near Ben Nevis. And there’s continuing fallout from the sexual harassment scandals engulfing otherwise worthwhile charities.

There’s not been much to cheer about in the sports department either.  At the winter Olympics, poor Elise Christie from Livingston, failed yet again to complete a race in the speed skating – this for the third time. We all cried with her when she fell out injured in the 1500m event and then, despite her injury, she insisted on competing in the 1000m and was then disqualified on a technicality. However our women curlers held out with a chance of a medal until their demise in the semi-final.

But of course, Scotland beat England at rugby on Saturday.