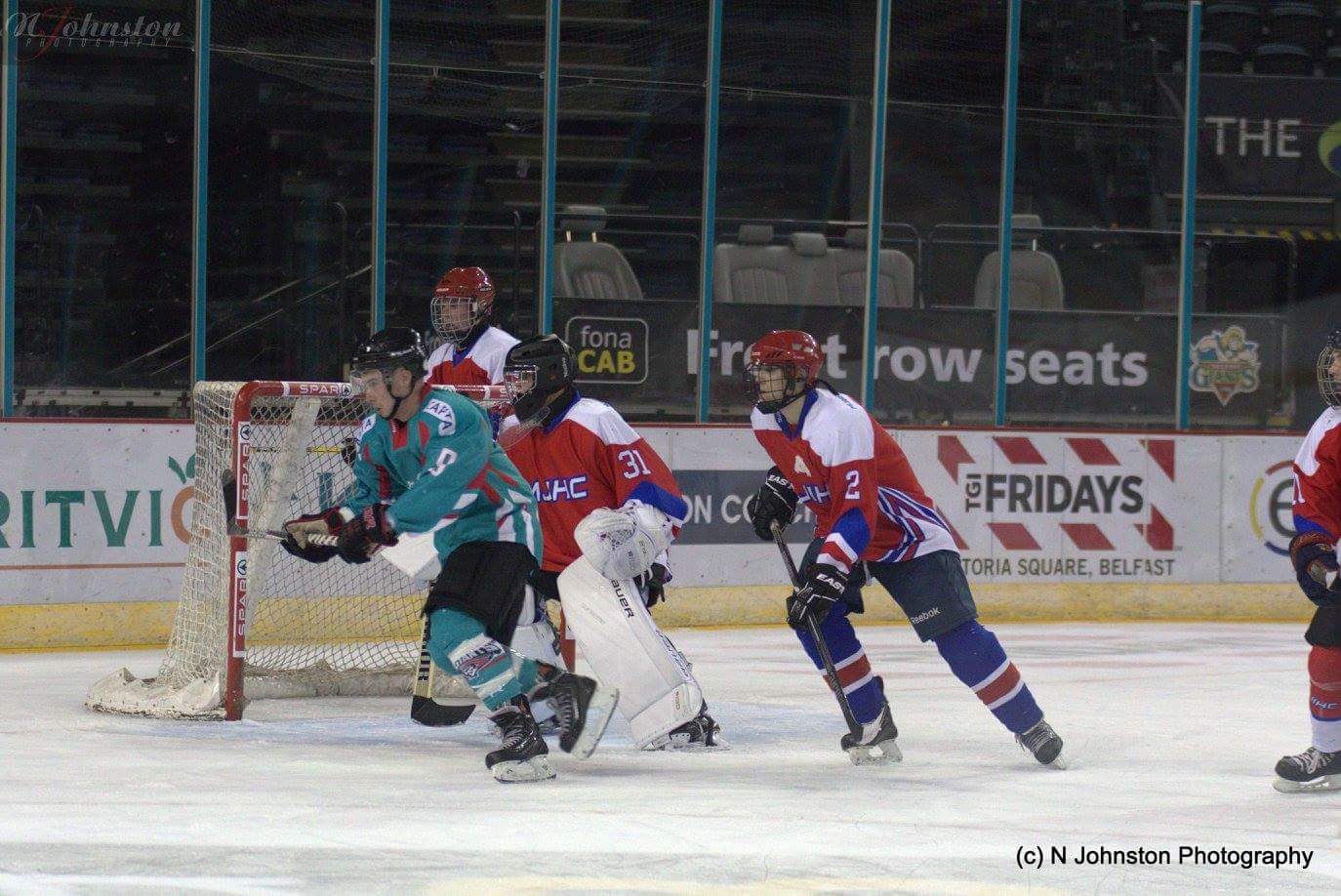 The game started at a good pace but Murrayfield had the upper hand for most of the first period. The North Ayr goalie was on top form.

There were rebounds, but none of visiting players were able to convert the chances into goals and North Ayr started to pressure the Murrayfield zone.

The home side capitalised from a mistake. A Murrayfield defenceman was caught in possession in front of the net and a North Ayr player flicked it past helpless netminder Jordan McLaughlin.

Murrayfield went back on the attack but were unable to find any gaps in the North Ayr defence before the first break.

The visitors again piled on the pressure in the second session but but it took until the 36th minute to level, captain Andrew Barr firing a bouncing puck into the net.

The goal boosted the visitors but they failed to add to the scoreline and Murrayfield coaches stressed that the players remained calm and didn’t take silly penalties.

The visitors upped a gear and scored again from a Ross Borwick pass to Lewis Young who laid it off to Barr who completed his hat-trick, placing it past the helpless Ayr goaltender.

This sparked Ayr who tried to force their way back into the game. The game then became fiesty, with penalties coming thick and fast for both benches.

And, in the 53rd minute, Angus Maclean was caught by a check to the head which ended his participation in the game.

It also put Murrayfield on the powerplay and the visitors cemented their lead to 4-1 again through Barr who did well to get on the puck after a mistake by the Ayr defence and he fired home a hard shot past the Ayr keeper.

FOOTNOTE: Angus MacLean would like to thank everybody for asking how he is and wishing him a speedy recovery and he is looking forward to being back with his teammates as soon as he can.