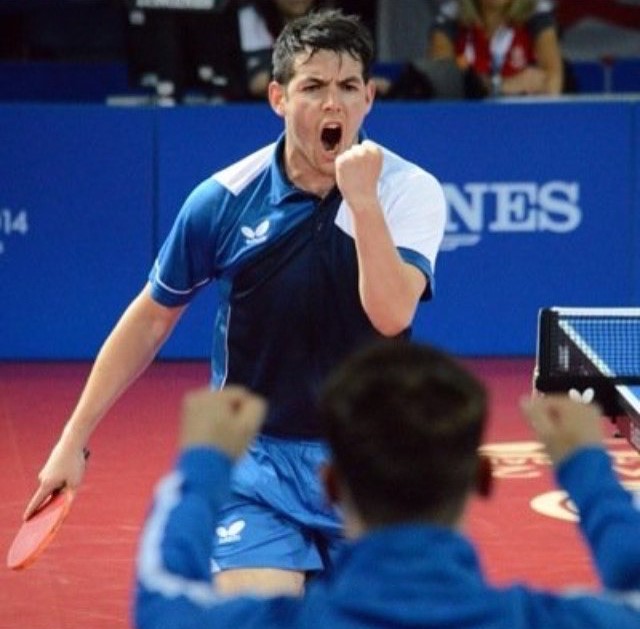 Craig Howieson travels to the Gold Coast for his third Commonwealth Games backed by good wishes from headteacher John Wilson plus pupils and staff at Edinburgh’s Broughton School.

He also travels thanks to the efforts of physio Steve Mutch and the Scottish Institute of Sport.

The 27-year-old, Edinburgh-born table tennis star is not making any predictions, but he is determined to do all he can to put lift Scotland up the rankings.

Thankfully, his painful shoulder, which has troubled him due to wear and tear for some time, has improved thanks to intensive physio work.

Craig and the squad will have an intensive build-up to the Games which start at the end of March.

He travels to Germany to train with a top club in Dusseldorf in early March before competing in the British Premier League.

Then they squad jet to Brisbane a few weeks later for a training camp.

Eight years ago Craig remembers being so excited about appearing in his first Games.

He also admitted to being “naïve” and he learned a lot about competing in a major event.

Glasgow was a real pressure pot environment with media attention bringing another dimension.

This time, he believes, it will be different. The squad are on the other side of the world and he is now familiar with the hoopla and environment associated with the massive Commonwealth event.

Craig, who lives in the Fountain Park area of the city, said: “I’m going there to do as well as I can for the team and individually.

“Steve (Mutch) and the physios at the Scottish Institute of Sport have done a great job easing the pain in my shoulder caused by around 20 years in the sport and their work in the last few months has been amazing.”

The experienced athlete is now mentally and physically ready for the challenges which lie ahead.

Looking back to his first Games in Delhi, India, the Scotland squad finished ninth, he lost in the last 16 of the doubles with partner Gavin Rumgay and he went out of the singles in the last 32 to an Indian opponent who lost in the play-off for a bronze medal.

Four years later in Glasgow, Craig helped Scotland to fifth, including a victory over highly-rated Canada, and he lost again in the last 16 of the doubles to a strong Nigerian team and again made the last 32 in the singles.

Craig, who is a former pupil of James Gillespie’s High School in Marchmont, admitted that it has been tough recently as he lost out on funding.

And he is now back training where his sporting adventure started at North Merchison Club in Watson Crescent.

He added: “The University of Edinburgh have been amazing in their support for me during the last ten years and the school and the staff in the PE department here are really supportive.”

He teaches all sports across all yea groups in the PE department but and champions table tennis. Pupils can take the sport to Higher level.

Craig admitted: “Pupils do challenge me to a game. They know about what I do and how I get on and many of them watched me on TV when the Games were in Glasgow.

“That was an amazing experience and I would hope to enjoy the experience in the Gold Coast as much. I’ve never been to Australia so this is something new again.” 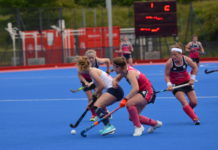