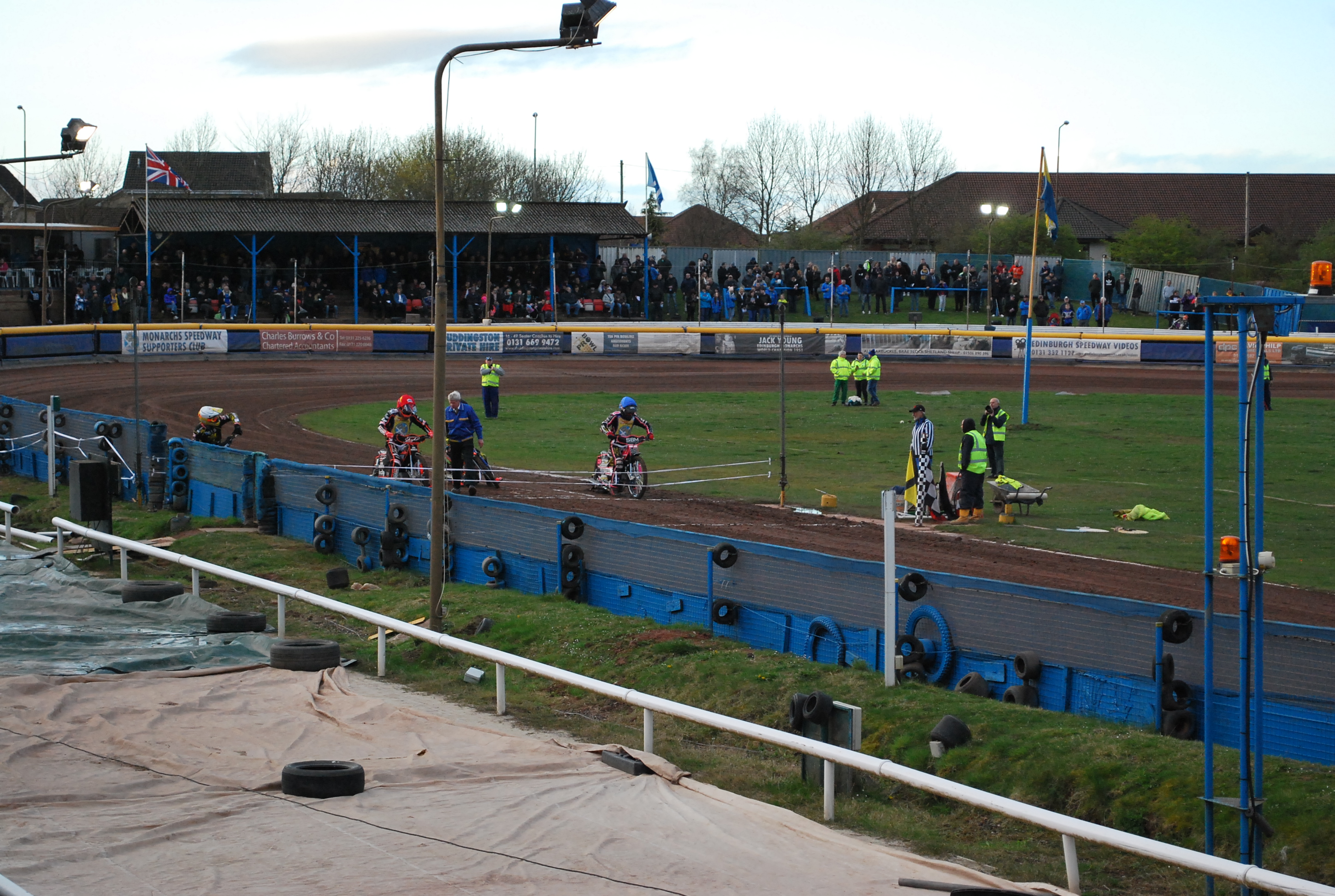 Speedway will go ahead at Armadale this season – Edinburgh Monarchs 70th anniversary – despite planning fears.

That’s despite revelations from local Armadale councillor, Stuart Borrowman, that West Lothian Council officials “are minded to grant” an outline planning application for housing on the Armadale Stadium site.

John Campbell, Monarchs’ co-promoter, said that Monarchs management wish to reassure supporters that any decision taken by councillors on the application will not impact in any way on the forthcoming 70th Anniversary season at Armadale.

Campbell added: “We have been aware since September last year when this application was submitted that the likely outcome would be approval.

“However, the stadium owners, the Cochrane family, have continued to assure us of the availability for speedway. We are continuing our plans for a bumper 70th this year.”

Billy Cochrane, the stadium’s owner, said: “I can 100 per cent guarantee the stadium will be open for speedway at the end of March and I look forward to a successful year for the Monarchs.”

Bewley said: “With everything else I’ll be doing in 2018, riding for Workington and also in Sweden, things will be pretty busy for me but, if I want to prove myself as a rider, it’s what I need to do.”

Etheridge added: “I’m really pumped to be doubling-up this year. I had a few guest bookings in the Premiership last season and I felt I could hold my own so this will be a good measure of my skills.”