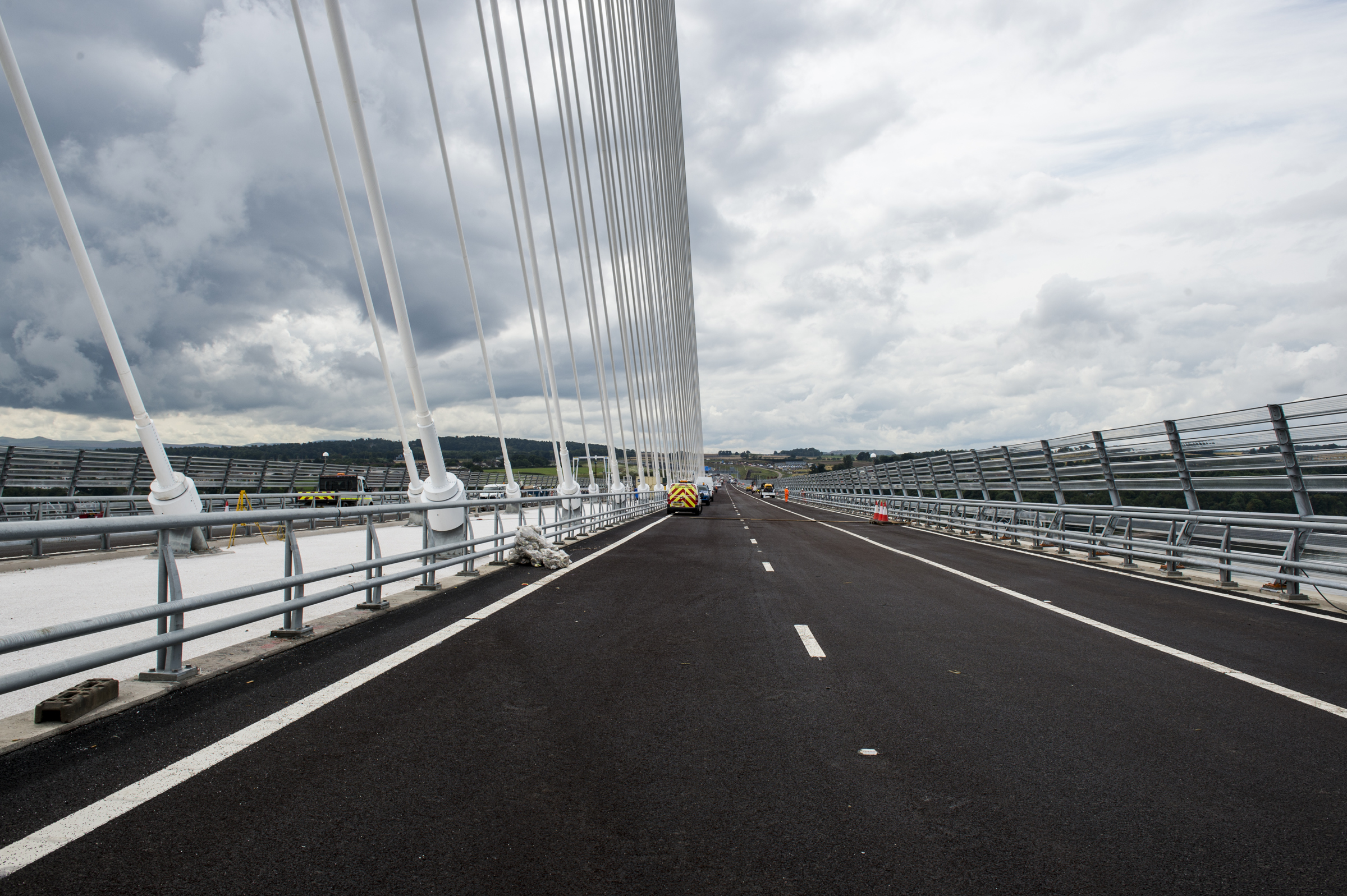 The speed limit on the Queensferry Crossing has now been raised to 70 mph.

All work  has now been done to ensure that the traffic using the bridge can travel at higher speeds as planned.

This is regarded as a key milestone in the delivery of the benefits from the £1.35 billion investment in improving the reliability of cross-Forth travel.

As is usual the government has begun a consultation on the designation of the Queensferry Crossing and its connecting roads as a motorway and when this process is complete in the new year, motorway regulations will come in to force.

In addition, the Intelligent Transport System is on schedule to be operational in the new year across the entire scheme.

In advance of these final steps, a guide will be published providing all necessary information about traffic using the two bridges, the Queensferry Crossing and the Forth Road Bridge once the new traffic regulations are in force.

The guide is intended to give the full variety of users and drivers of different vehicle classes the information they will need.

Commenting, Transport Minister Humza Yousaf said: “It is pleasing to be able to deliver on our commitment to have a 70 mph speed limit on the Queensferry Crossing before the end of December.

“All of the work that was required in order to make this move has been successfully completed and the bridge will have a speed limit of 70 mph.

“Since the initial study in 2007 the objective of this project has been to provide a replacement for the Forth Road Bridge. As such the Queensferry Crossing does not increase capacity over the Forth and we still expect congestion at peak times. We hope the move to a 70 mph speed limit will assist the scheme in operating as it was designed and has a positive impact on overall journey times.

“The new bridge provides a more resilient crossing for business and communities as shown during Storm Caroline, when the bridge remained open to HGVs and buses, where the Forth Road Bridge would have had restrictions in place. This ensured we avoided any lengthy delays and diversions across the Forth and associated impacts on the surrounding local roads.

“In the new year motorway regulations and the public transport corridor will come into force, as well the Intelligent Transport System becoming fully operational. As the entire £1.35 billion scheme comes online the original aims of encouraging public transport use, increasing safety and smoothing traffic will begin to be realised.”