The 18-year-old joins the club with a wealth of experience after being a stand-out player for Aberdeen, as well as being capped at various youth levels for Scotland.

She is delighted to have joined Hibernian Ladies, saying that it is a big move for her, and is targeting a successful debut season in green and white.

Shannon told Hibernian Media: “It feels amazing to have signed for Hibernian. It’s a big move for me and it’s a big club to joining.

“The side have been really successful in the past, so coming to a club like this is a good move for me.

“It’s great to know that the coaching staff here have been watching me throughout the seasons when I was at Aberdeen.

“My aims are to try to get a good amount of game time, which I feel will be tough as the squad are strong and it’s a battle to get into the starting team. I want to be as creative as all the other players here and do my best to help the club.”

“I think she adds real quality to the squad and she will strengthen us as we strive to win the league title.

“Shannon was a signing target before I was even at the club, and once I was told about it I wanted to follow through on it as she is an excellent player.

“She had a lot of interest from other clubs and the fact that she chose us is great.” 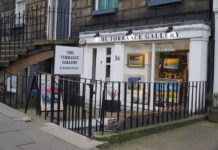