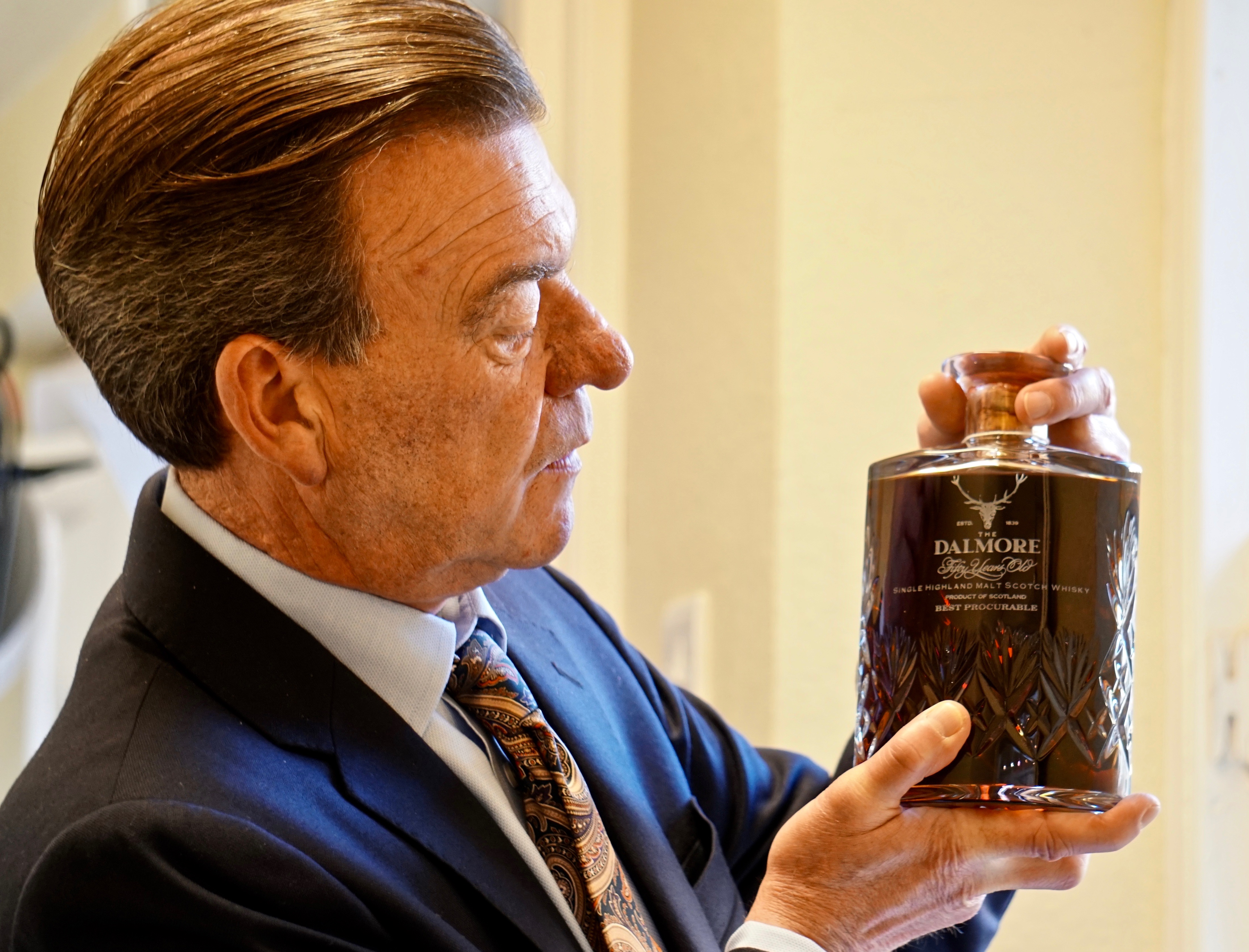 Whisky remains a collectable item and this week at Bonhams on Queen Street there are 256 individual lots to be auctioned on Wednesday beginning at 11.00am.

Whisky expert, Martin Green, is photographed with one of the two particularly notable lots :  a bottle of the much sought-after Dalmore 50 year-old from 1926 which is estimated to sell for between £15,000-20,000. The whisky was distilled in 1926, bottled in 1978, and has been described as having the complex aroma of old English marmalade, ripe bananas, treacle toffee and fruitcake.


The catalogue is reproduced below: