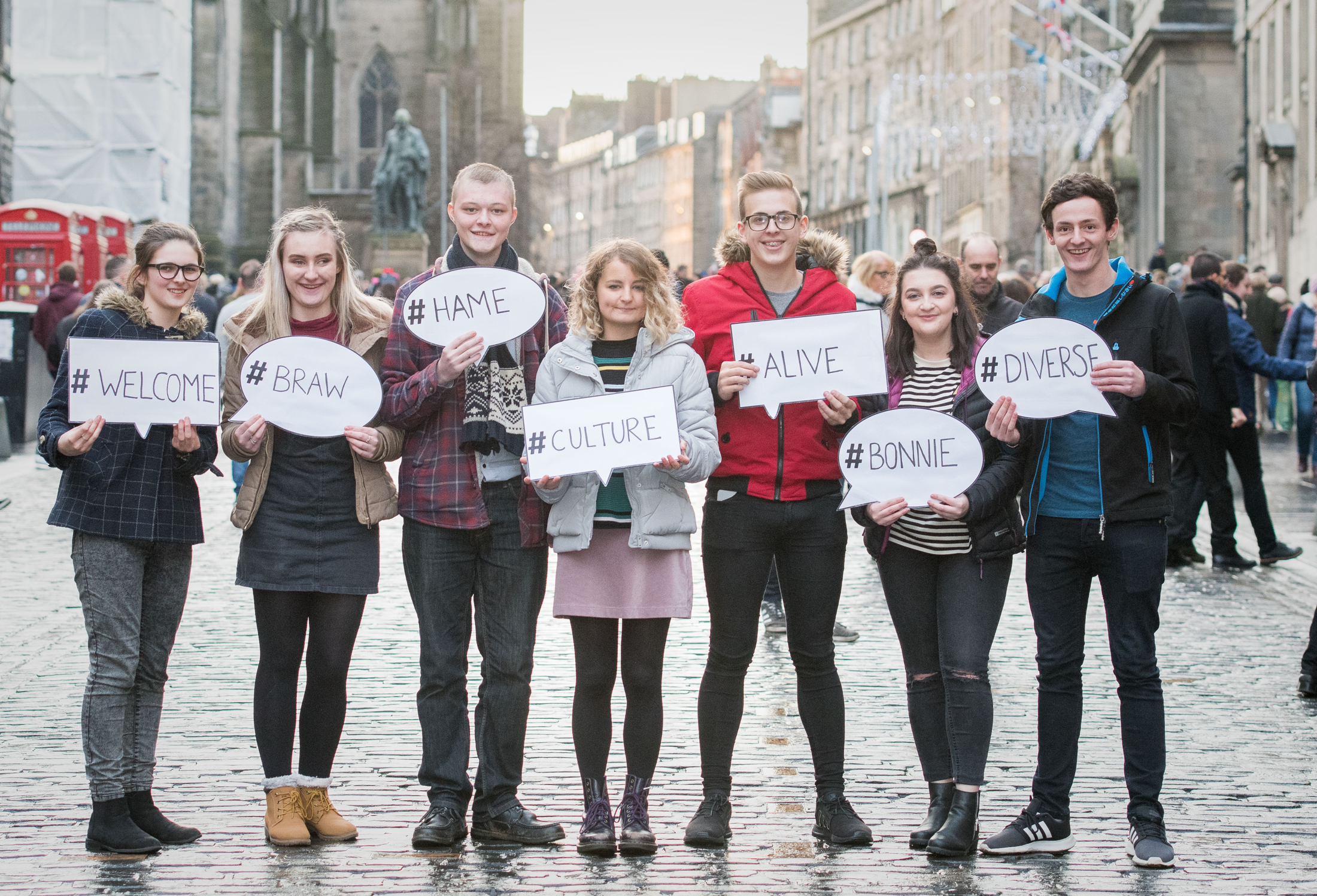 #Scotword is an integral part of Edinburgh’s Hogmanay celebrations, and now you are invited to cast your vote.

The final word to be decided by the public vote will be revealed on 30 December at the end of the Torchlight Procession. This will be the moment when the few days of celebrating Hogmanay will begin in earnest, and with it the Year of Young People 2018.

Young people have been behind choosing the words which have made the shortlist, with discussion the length and breadth of the country to find the words that best conjure up the idea of Scotland. The campaign began on 13 October with a call to action by the Lead #ScotWord Champion singer songwriter Nina Nesbitt.

Since then over many workshops involving all age groups from 8 to 26 have been held to find the words which reflect what Scotland means to them.

There have been hundreds of entries up to the closing date of St Andrew’s Day, and since then the Young Champions had to whittle down the hundreds of words to a shortlist which will be voted upon.

The final shortlisted #ScotWords to go to public vote are:

Charlie Wood and Ed Bartlam, Directors of Edinburgh’s Hogmanay said: “We are very proud to be celebrating the start of Scotland’s Year of Young People – the most exciting themed year so far – in Scotland, a country which empowers young people. #ScotWord is the blazing voice of Scotland’s young people telling the world why they’re proud to live in this extraordinary country.” Katie Tweedie, #ScotWord Young Champion said: “It has been absolutely incredible to be part of the #ScotWord campaign for Edinburgh’s Hogmanay. As a #ScotWord Champion for Midlothian I have engaged with youth groups and charities allowing as many young people as possible to get together and think big about what makes them proud to live in Scotland. It is so important for everyone to now campaign and vote for their favourite #ScotWord as the chosen word will be shown to the rest of the world on December 30th at the Torchlight Procession and will launch the Year of Young People 2018.”

Paul Bush OBE, VisitScotland’s Director of Events, said: “Scotland is getting set to celebrate the Year of Young People in 2018 where the spotlight will shine on young people’s talents and contributions, giving them the opportunity to show the world what they are made of.  Working with the events and festivals industry in Scotland, 2018 provides us with a special opportunity to showcase both our rich annual events programme and a host of brand new events which will bring the themes of the year alive.”

“We are delighted to be supporting this year’s Edinburgh Hogmanay celebrations which will herald the arrival of Scotland’s forthcoming themed year.  The #ScotWord campaign, thus far, has provided a wonderful platform for young people to have their voices heard through a far-reaching and ambitious engagement programme. The next stage, which throws open the public vote, is a fantastic way to generate further dialogue and debate across generations”.

Voting is now live via scotword.edinburghshogmanay.com