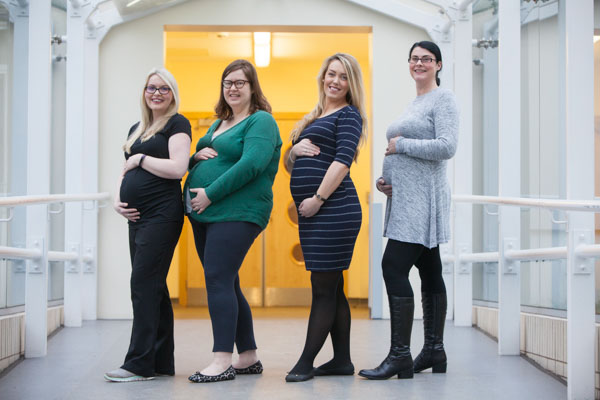 The Royal College of Midwives is today (27 November 2017) urging more pregnant women across the Lothians to get their flu vaccine to help protect themselves and their babies this winter.

The call comes after statistics highlighted that only half of those pregnant in the Lothians received their vaccine last winter. Flu was the cause of death among one in 11 women who died during, or shortly after, pregnancy.

Pregnant women who contract flu are also five times more likely to have a stillborn baby, or for the baby to die in the first week following birth.

Director of the Royal College of Midwives Scotland, Mary Ross-Davie said: “Flu is a really serious illness – it is not just a bad cold. It can have a serious impact on those expecting a baby, which is why we’re encouraging expectant mothers to get the vaccine.

“If you’ve been pregnant before, remember that a healthy and flu-free pregnancy last time is no guarantee that you won’t catch flu this time.

“The flu vaccine is free, it’s safe to have at any time during pregnancy, and it only takes a few minutes. To ensure you’re protected this winter, I’d encourage you to make booking your GP vaccination appointment a priority.”

Dr Lorna Willocks, consultant in Public Health, NHS Lothian, said: “It’s so important that pregnant women across Scotland get the flu vaccine this year as they are at greater risk of flu related complications.

“The vaccine is safe for pregnant women and their baby at any stage of pregnancy and also helps protect them both from what can be a serious virus.

“We are urging all pregnant women across the lothians to make an appointment with their GP practice; it will help protect you for up to a year and also your baby for at least three months after birth.” Deputy Chief Medical Officer Gregor Smith said: “Flu doesn’t discriminate and even the fittest and healthiest among us can fall seriously ill. Pregnant women can be much more vulnerable to flu due to changes to their immune system, heart and lungs. When pregnancy is combined with an at risk condition the risk becomes even greater. Evidence shows pregnant women have a higher chance of developing complications if they get flu, particularly in the later stages of pregnancy.

“There is no doubt that women want to do as much as they can to keep their baby safe and healthy during pregnancy, and as we come into our coldest months that should include getting their flu vaccine. It not only protects the mother from contracting flu but will also protect baby for several months following their birth, when they are at their most vulnerable.”

Visit www.immunisationscotland.org.uk/flu or phone NHS Inform on 0800 22 44 88 for further information.