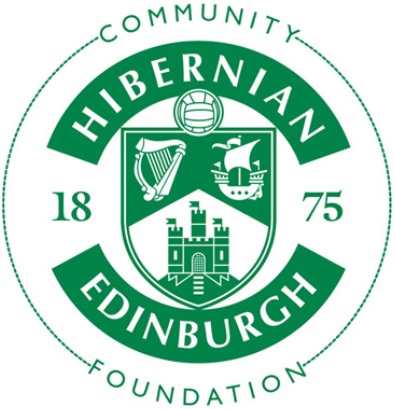 Hibs and Hearts have joined forces  in a campaign designed to make Edinburgh the Capital of Goodwill over Christmas.

Edinburgh Cheer is supported by the Hibernian FC, Hibernian Community Foundation,  Heart of Midlothian FC, through its Big Hearts Foundation, the Edinburgh Evening News and and NHS Lothian through their innovative GameChanger public social partnership.

The two Clubs are hosting and supporting a series of events in their respective communities, with many of those being hosted at Easter Road and Tynecastle Park, all designed to harness of the power of football to deliver positive social outcomes.

In addition, initiatives will be launched to help those in the city – young and old – who are homeless, who are suffering poor mental or physical health, or who are isolated or forgotten at this time of year, with NHS Lothian ensuring that important well-being messages are delivered as part of the campaign.

The city’s public, private and third sectors will come together to back the campaign with the aim of making Edinburgh a more caring and compassionate city.

Full details of the programme will be announced in the next few days, but the campaign will be the first time the major football rivals have co-operated to deliver a civic leadership campaign of this nature. The Campaign has the backing of the Scottish Government’s Minister for Public Health and Sport, Aileen Campbell, who said: “It is fantastic to see two of Scotland’s biggest clubs, city rivals, coming together to promote such a positive message and to help create such a tremendous spirit at Christmas. Football – our national sport – can be a powerful force for good, and this initiative further highlights the great impact it can have in communities.”

Leeann Dempster, Chief Executive of Hibernian FC, said: “We are delighted to be working with Heart of Midlothian to launch this campaign to make Edinburgh the Capital of Goodwill this Christmas, harnessing the power of football to deliver positive benefits. We are also thrilled that so many other organisations have expressed a desire to support the Edinburgh Cheer campaign, and we hope that supporters and all other citizens will sign up to help make Christmas a little kinder for all the people of Edinburgh.”

Heart of Midlothian FC Chair Ann Budge said: “The city’s two major football clubs coming together to lead this campaign will, we hope, encourage lots of people to get behind us to deliver Edinburgh Cheer this Christmas. While the two clubs are fierce rivals on the pitch, off the pitch we share similar values and a similar determination to use football to create better outcomes for people.”

Tim Davison, Chief Executive of NHS Lothian, said: “Football is Scotland’s national game, and we know the huge interest there is in the game and the influence that football can have. We are delighted to be working with the clubs on a campaign designed to help the well-being of all the people of Edinburgh, and to work with the Evening News to promote positive health messages.”

Details of the full programme will be delivered next week but the campaign, which is being supported by the Edinburgh Evening News, will include the two clubs supporting a range of events at their respective stadia, catering for a wide range of groups including the homeless and socially isolated, people with mental health issues, and dementia sufferers as well as children.

In addition, a number of community organisations are receiving help to host their own Christmas events, either at the stadia or within their local communities.