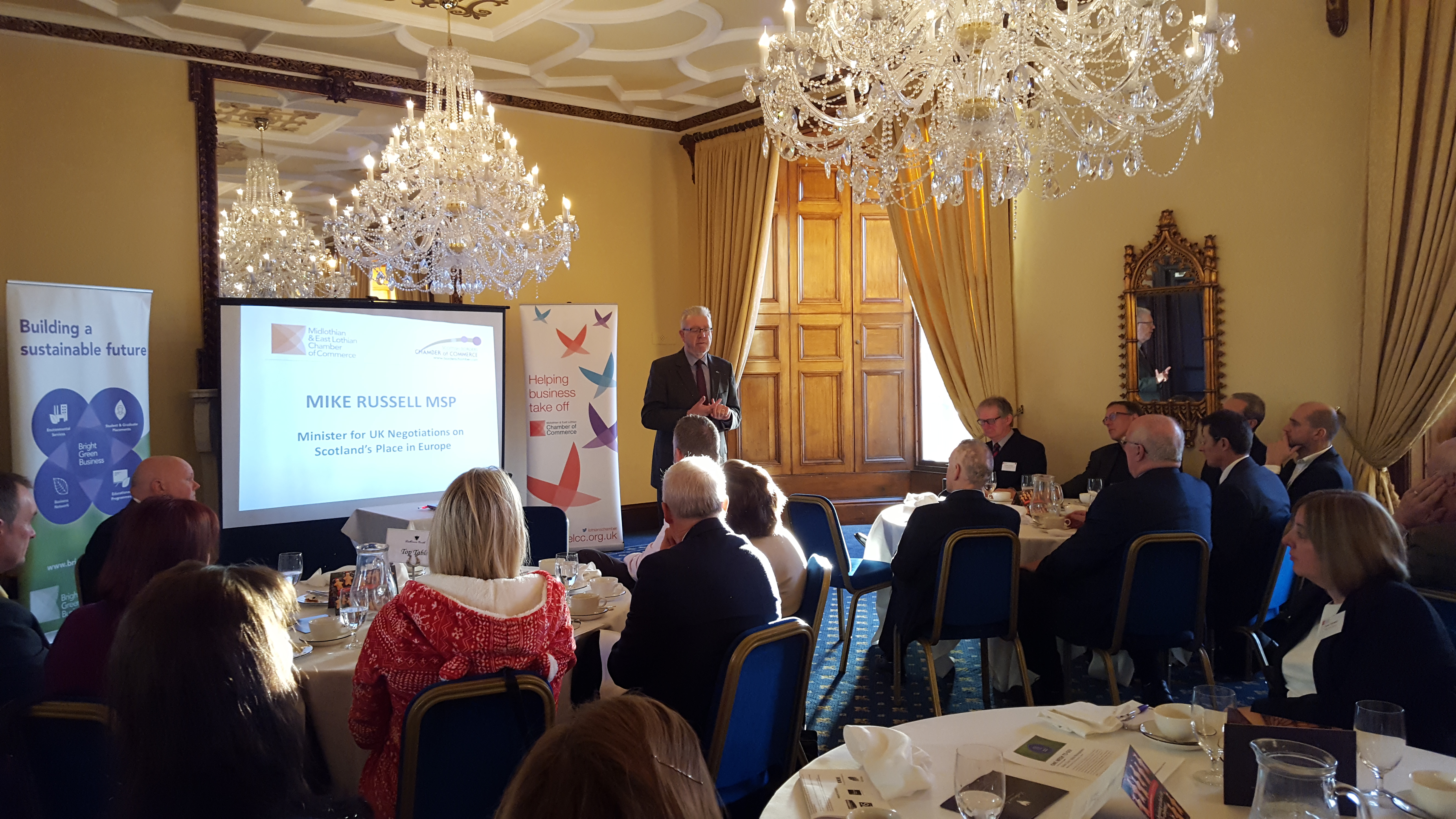 Local businessmen and women have been urged to make their particular concerns about Brexit known to the Scottish Government.

Mike Russell, the Minister for UK Negotiations for Scotland’s place in Europe, told delegates to a Brexit Breakfast that he needs information now while detailed talks are on-going.

The MSP for Argyll and Bute said he was aware that different businesses had different issues.

Overall, he said, there were several key issues moving forward and they related to work and the declining population, funding and regulations.

The MSP conceded that uncertainty over the future was unsettling for business, large and small.

Some large companies were, he said, already taking action to safeguard their future. Small firms, he claimed, are in a more difficult position.

Life, however, goes on and he told the breakfast hosted by Midlothian and East Lothian Chamber of Commerce that his job was to try to find the best solution.

Different business sectors, he argued, would have different issues and Mr Russell, speaking at Dalhousie Castle, Midlothian, detailed an example of the lucrative shellfish industry in his own constituency.

Firms, he said, need to get product quickly, sometimes overnight, to overseas destinations including Paris.

Delays at Borders could pose major difficulties and mean the loss of business.

Even a two minute inspection for every lorry would mean massive queues and goods could perish and he urged anybody with an issue to contact his office at the Scottish Parliament.