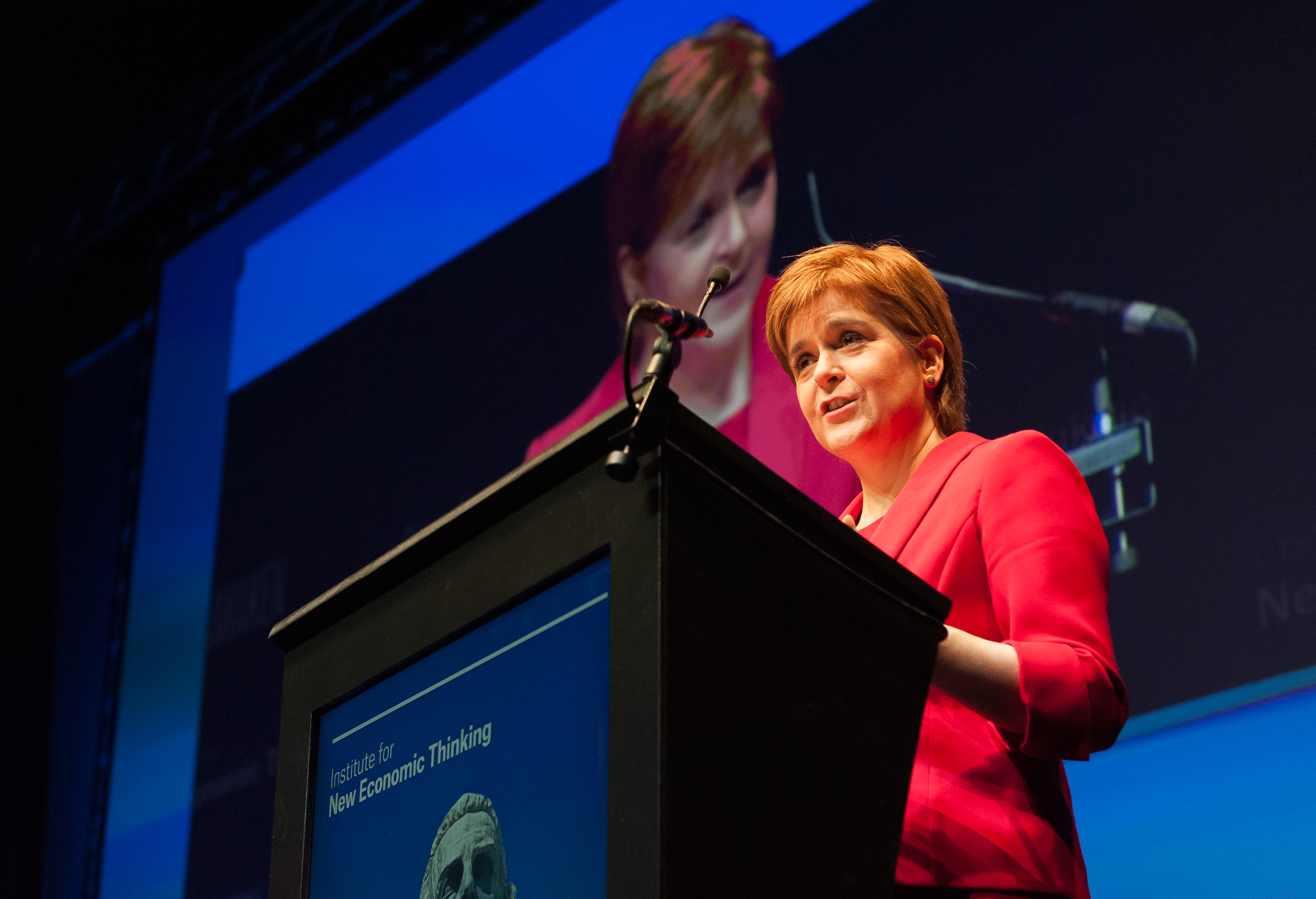 First Minister Nicola Sturgeon opened a conference attended by some of the world’s leading economists in Edinburgh earlier today explaining some of the economic challenges Scotland faces. Talking to the audience of Nobel laureates, scholars, policymakers and public officials at the Reawakening conference at the EICC she also spoke of her goal of dealing with inequality while encouraging a dynamic economy.

Ms Sturgeon said: “In Scotland, we are seeking to tackle the big economic issues in the right way, as we build not just a stronger economy, but also a better and fairer society.

“To help us achieve that there is much we can learn from outside analysis and perspectives. That is why we have an international, diverse and expert Council of Economic Advisers, which has had a significant influence on government thinking. It is also why I am delighted to welcome the Institute for New Economic Thinking to Scotland – a gathering I am sure will help deliver some of the fresh perspectives we need as we seek to address the economic challenges of the future.”

Robert Johnson, President of the Institute for New Economic Thinking welcomed the First Minister. He said:“We are honored that First Minister Nicola Sturgeon has opened our conference and shared with the INET community how her economic vision for Scotland aligns with the global economic themes that INET and its research seeks to address.

“We are also delighted to be here in Scotland, where Adam Smith questioned received wisdom, developed new theories, and shaped economics as a distinct discipline.”