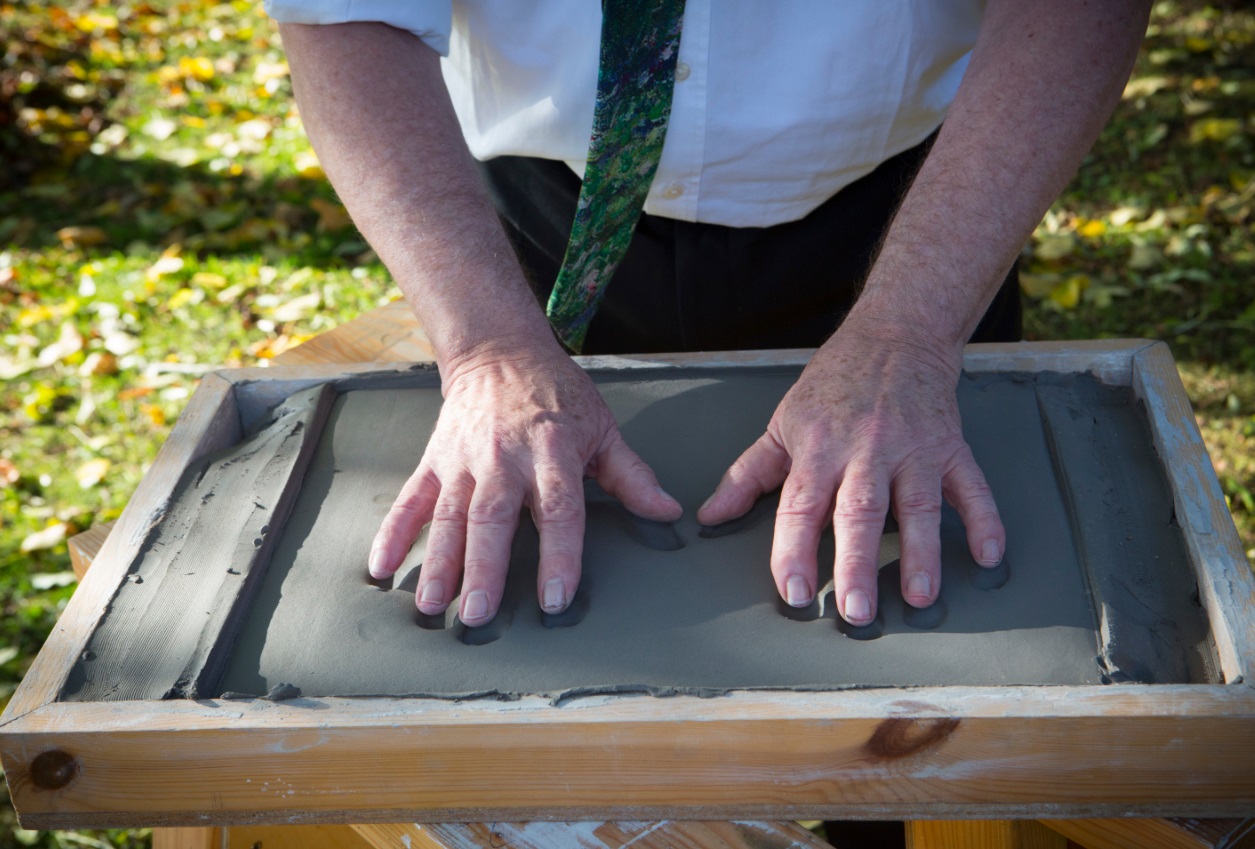 Sir Timothy O’Shea, Principal and Vice-Chancellor of the University of Edinburgh,  has been getting ready to receive the prestigious Edinburgh Award 2017.

The esteemed professor’s hands have been cast in clay by Leigh Bradley of the Colin Braid Stone Workshop, ready to be carved into stone. The handprints will be gilded and laid outside the City Chambers next to the prints of previous Edinburgh Award recipients including Ken Buchanan, Sir Tom Farmer, J.K Rowling and Sir Chris Hoy just ahead of the Edinburgh Award reception being held in his honour in November.

After 15 years at the helm of Scotland’s biggest University and Chair of the Edinburgh Festival Fringe, Principal Sir Timothy O’Shea was named by Edinburgh’s Lord Provost as the 11th person to receive the city’s biggest annual accolade. He will be awarded a Loving Cup at a special ceremony within the City Chambers next month. Lord Provost, Frank Ross, said: “Placing Scotland’s Capital on the world stage as a beacon of knowledge, research and further education; the University of Edinburgh promotes the city as an international leader for academic excellence.

“Driven in large part by Sir Timothy, the institution has expanded over the last 15 years and asserted itself as one of the top 25 academic institutions in the world under his watch. After successfully steering it through the challenges of the UK’s economic crisis, Sir Timothy has enhanced the profile of the University and, in doing so, the city for which he is thanked.

“Sir Timothy has done much to promote Edinburgh to the world and to support close to 10,000 FTE jobs, the education of more than 39,000 students, and invaluable academic research. I hope this award goes some way towards recognising all that he has achieved for and on behalf of the city.”

Sir Timothy will retire in January 2018 having presided over a period of significant growth, which has seen Edinburgh consistently ranked among the leading universities in the world.

Sir Timothy O’Shea added: “As someone who loves the city and enjoys living and working here so much, I am delighted to receive this award. Having been Principal of the University for 15 years, and Chair of the Fringe for the past five, I have seen at close quarters how the Council has helped both to flourish.

“The University and the Fringe have greatly benefited from the vision and energy demonstrated by councillors and officials. It has been an enormous pleasure to work with them in promoting Edinburgh.”