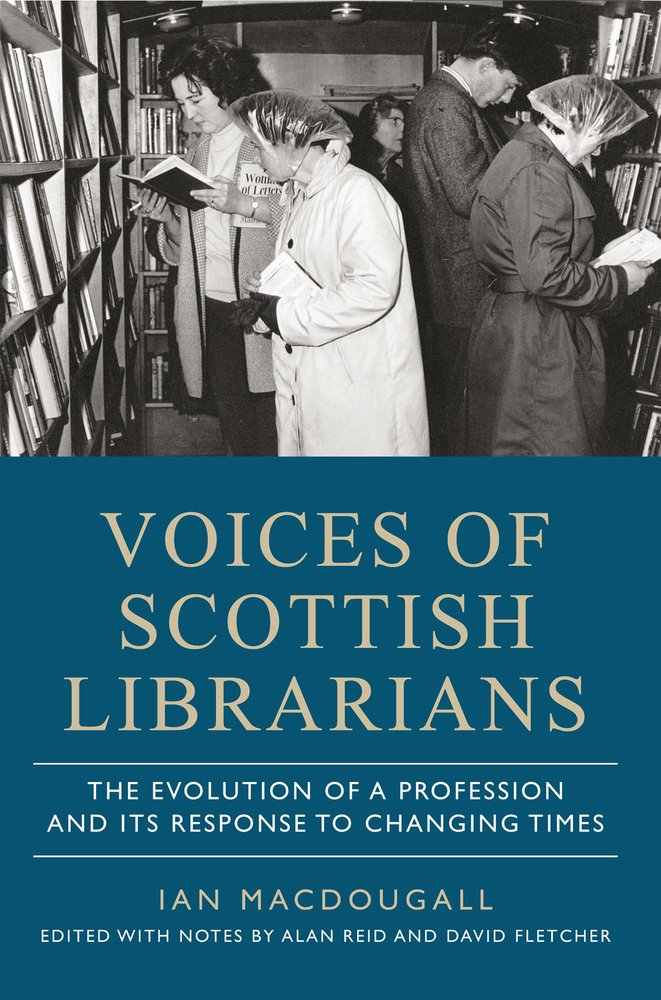 ‘When I got my library card, that’s when my life began’ (Rita Mae Brown)

For most of us, libraries have always been there. Whether we use them regularly, only go in to buy our compost bags, or never so much as darken their doors, we expect them to be a part of our cities, towns and villages, a dependable thing, part of our everyday lives. But libraries, like so many of our public services, are under threat, seen as a soft target for cash-strapped, desperate councils. In England many counties are in the process of closing down their entire library services. Libraries are disappearing, and with them a large chunk of social history. The Scottish Working People’s History Trust (SWPHT) is a charitable body established in 1992 to champion the cause of working people’s history, and it’s on a mission to record the stories of working people – the memories that are rarely preserved elsewhere, but which are the very substance of our lives.

It’s already published works on Leith dockers, ‘Onion Johnnies’ (Breton onion sellers who came to Scotland for the season), Lewis islanders, Penicuik mill workers, journalists and Roslin gunpowder workers. At the Central Library earlier this month, SWPHT researcher Ian MacDougall and editor Alan Reid (himself a Chartered Librarian and former manager of the Midlothian Library Service) introduced the Trust’s latest book Voices of Scottish Librarians: the Evolution of a Profession and its Response to Changing Times.

These oral recollections of 14 librarians and library staff explain how libraries developed from the difficulties of the inter-war period and the austerity following the Second World War to become a well-used and important feature of local communities, committed to delivering an expanding range of public services. The book covers the period 1930-1996 – probably, says Alan, ‘the most important period of library development that Scotland has ever seen.’ From the 1880s to 1914 Dunfermline-born philanthropist Andrew Carnegie had funded new libraries in 57 local authorities (Edinburgh predictably refused to pay for one till he gave the city £50,000…)

The people interviewed in this book were not the original pioneers, but under their auspices libraries grew and developed way beyond the basic service of those early days. From the end of the First World War self-improvement became the goal of the masses; the demand for books mushroomed – and librarians were there to meet it, creating the infrastructure that we have now enjoyed for 60+ years. The torch of knowledge – still seen outside the Edinburgh Central Library on George IV Bridge, had been lit. No longer were books only for the rich and privileged. In the beginning there were no branch libraries – in small communities there may have been just a few books in a school, miners’ institute or community hall, the stock being sent out from county libraries on an open lorry. Fountainhall School had just 150 books – and the ‘library’ was only open in the evenings.

Even purpose-built libraries usually had ‘closed access’ – you could not browse the shelves, but had instead to choose your books from a catalogue and ask the staff to fetch them. Alfred Cotgreave had invented the ‘Cotgreave indicator’, a wooden screen that showed if a book was in or out, and for some time it was thought that this restrictive system was more modern, and therefore better, than allowing the great unwashed access to all the books. Many shops also had small private libraries, Boots being the best known; two shops in Dalry/Gorgie lent out books until the 1970s.

Now libraries began to open outside the big cities, mobile libraries reached remote villages and farms, and eventually the children’s library service was born, together with local history services. Facilities, even in major libraries, were basic. The Mitchell Library in Glasgow had no internal phone system – the only means of communicating with other floors was to shout up and down the book hoist. In 1956 Stockbridge, librarian Alan White used to cycle around the area collecting up overdue books, while back in the library he blacked out the racing results in the newspapers as it was thought readers shouldn’t be wasting their time on that sort of thing.

Meanwhile mobile libraries had their own problems; at Pilton one had to compete with the fumes from the chip van parked across the road – and with borrowers bringing their fish suppers in with them; another had to battle the storms and blizzards of winter in Midlothian to make sure the books got through.

In these early days many library staff were untrained. Most of them just drifted into the work straight from school, their only qualifications being a love of reading. Alan White was one of the few who planned a career in librarianship; he had set up a library at George Watson’s School when he was still as pupil, and – despite his father’s opposition – went on to hold one of the top jobs in the service. Many small libraries were simply under the auspices of local worthies – retired army men, local landowners – who knew nothing at all about librarianship. Joe Fisher, librarian at the Mitchell Library, notes that in those days sectarianism was alive and well in the bookstacks, meaning that hardly any Catholics were employed  – he thinks they were weeded out on the basis of which school they had attended. Nor were women allowed to be librarians at the Mitchell, though they were grudgingly admitted as clerical staff. There was little training until the Scottish School of Librarianship and the Scottish Library Association were set up, the latter fostering a sense of community amongst staff with newsletters, activities and conferences. Voices of Scottish Librarians doesn’t just look at public lending libraries; one contributor is the late Margaret Deas, who spent her entire working life at the National Library of Scotland, latterly as a Reader’s Advisor, where she gave out information on everything from learned tomes to cures for fleas.

In all of its books the Trust is keen to ‘flesh out’ people’s stories with background information about their home lives, recreation, housing and family background. These are no dry research papers, they are fascinating snapshots of daily life.

Who knows what the future will be for libraries? The librarians in this book could never have imagined the impact of the internet on their profession; nowadays a library without computers (on both sides of the desk) would be unthinkable. Libraries opened up a world of possibilities to working people, enfranchising those who had no other access to knowledge and providing a safe haven for generations of children who had no books at home, nor anywhere to read them. They still do this today.

‘A vast amount of history is simply lost’ says Ian. It’s history that, before the SWPHT came along, few thought important enough to record. It’s not about kings and queens, battles and invasions, or any of that stuff you probably had to learn at school. It’s about people like us, and it matters.

Voices of Scottish Librarians: the Evolution of a Profession and its Response to Changing Times by Ian MacDougall (author), Alan Reid (editor) and Donald Fletcher (editor) is available in bookshops now at the price of £16.99.