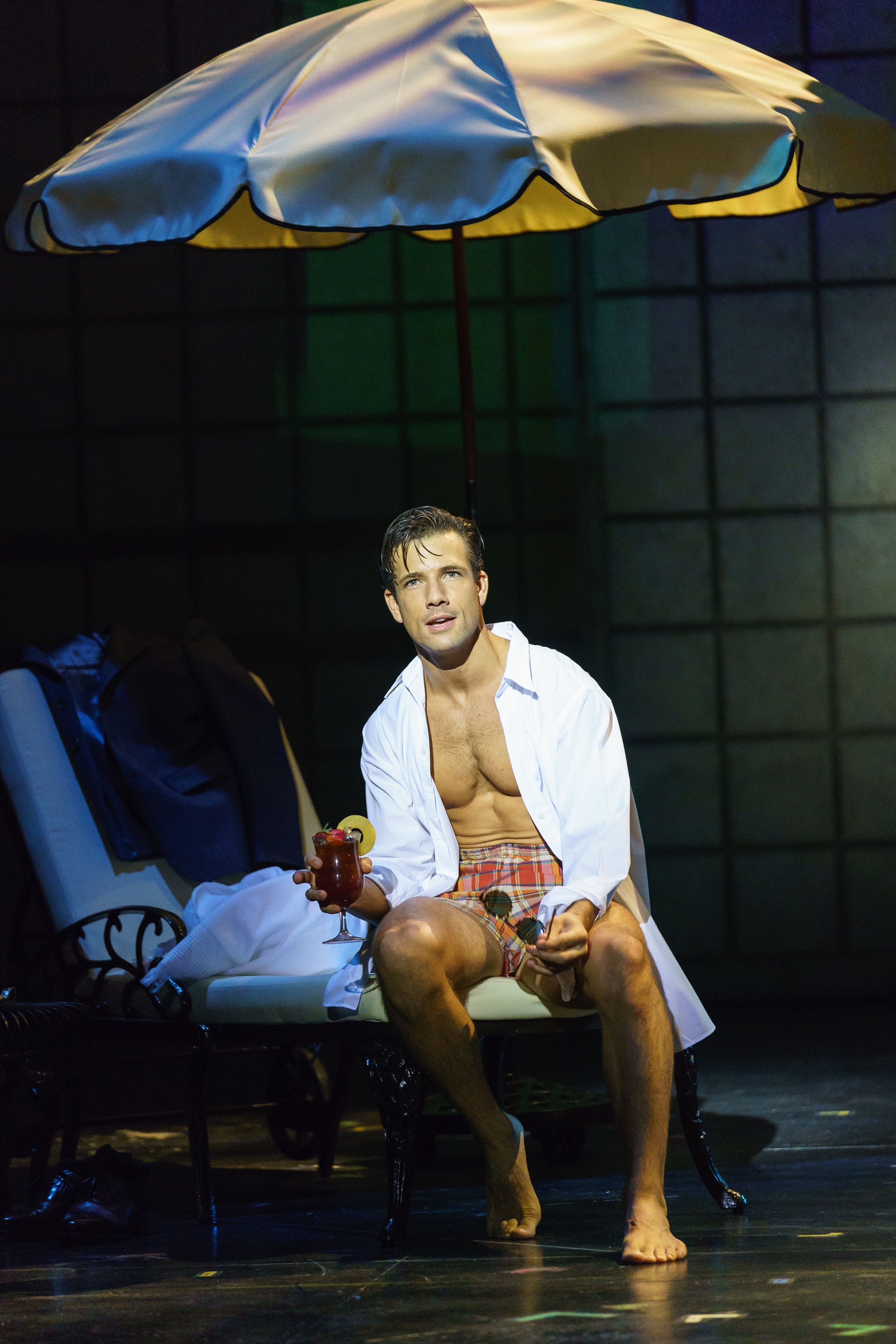 The history of show business is riddled with tales of faded stars who make comebacks which end in tears.

Billy Wilder’s Academy Award-winning film of silent screen goddess Norma Desmond – with Gloria Swanson in the lead role – provides the basis for this touring production.
Norma lived in the past in a decaying mansion at 10086 Sunset Boulevard, a fabled street in Los Angeles.

And her ill-advised comeback ended in romance and then tragedy. Ideal ingredients for a show but I’ll not spoil the ending for you.

Lloyd Webber, or course, is the talent behind of a host of smash-hit musicals which have entertained millions throughout the world.

It enjoyed extensive tours at home and abroad but things apparently turned sour and it was the subject of several legal battles. It ultimately lost money, understood to be because of the high running costs.

The latest resurrection sees it making a short stay at The Edinburgh Playhouse until Saturday and this is a well-cast show with Ria Jones a compelling Norma. The character oozes confidence initially but eventually becomes unstable.

Jones’ previous credits include Fantine in a touring production of Les Miserables and Grizabella on tour with Cats and her voice was shown to best effect in the memorable number With One Look.

However, to the theme of this production. It is an accidental meeting between Norma and young screenwriter Joe Gillis which provides the story core.

Norma sees Gillis as the chance to make her big screen comeback.

Gillis is played by Danny Mac, best-known to millions of small screen viewers following his path to the final of Strictly Come Dancing just before Christmas last year.

The Londoner, who has appeared in a number of theatre productions. showed off his ballroom prowess particularly during a scene depicting a New Year’s Eve party in Norma’s home.

His incredibly rich and powerful voice boomed throughout the famous theatre and was an undoubted highlight.

A favourite scene was set in a typical American diner where film studio workers chilled after a testing day on set. The cast took us back in time and brought the atmospheric set to life.

A car chase – tame in comparison with some seen on the silver screen – was interlaced into the plot which starts in Norma’s dark mansion in Sunset Boulevard.

Faded black and white film projected onto a massive screen at the front of the stage was used to great effect during the well-received show.

Slick choreography by Lee Proud and colourful Indian and period costumes were other highlights of this production directed by Nikolai Foster.

Modern staging, particularly the clever interchange of a grand staircase which broke into several different parts, provided an interesting backdrop.

Indeed, their reprise at the start of the second-half was outstanding and received rapturous applause.