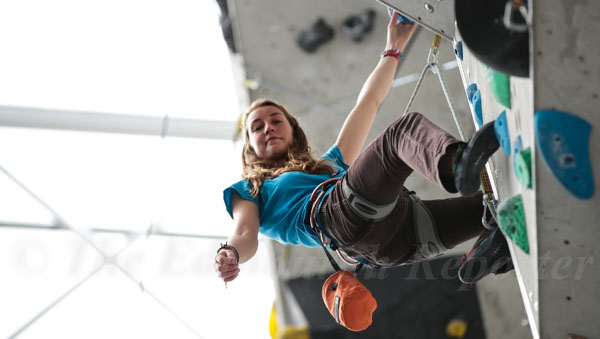 EICA:Ratho, Hosts to the IFSC World Cup and Paraclimbing Cup from 23-24 September at Edinburgh’s International Climbing Arena at Ratho, are reporting huge demand for tickets.

Tickets for Sunday’s finals and weekend tickets are now sold out but there are still a limited number of tickets for Saturday’s qualifications rounds. Spectators are encouraged to buy the remaining tickets now to see some of the best climbers and paraclimbers in the world compete.

Over the weekend over 77 climbers are already registered to compete across all categories – Lead and Speed, with climbers from Austria, Italy and Slovenia still to enter their teams; all strong nations in both categories. In the Paraclimbing Cup, registration is now closed with 63 climbers

taking part in one of 9 climbing categories. Thirteen climbers are from the UK and will Scotsman, Keith Lynch.

Sport climbing will make its debut at the Olympic Games Tokyo 2020 after being approved by the International Olympic Committee (IOC) as part of a package of five sports, all selected for their key focus on youth, which is at the heart of the Games’ vision for Tokyo 2020.

Lindsay Renwick, Head of Customer Operations at Edinburgh Leisure said: “We’re delighted with response to ticket sales for the Climbing World Cup at Ratho, where you’ll be able to witness the world’s best climbers and paraclimbers. There’s obviously some keen interest ahead of sport climbing debuting at the Olympic Games Tokyo 2020 so if you don’t want to miss out on the action, we encourage you to snap up the last tickets for Saturday’s qualifiers.”

Stuart Turner, Head of EventScotland, said: “We’re delighted tickets have sold out for Sunday for this month’s IFSC World Cup and Paraclimbing World Cup with only a limited number left for Saturday’s session. This is an exciting time for the sport and Ratho is the perfect stage for people to see climbing first-hand ahead of its debut at the Olympic Games Tokyo 2020.

“The combination of both world-class facilities and climbers promises an adrenaline packed weekend of action so I recommend you get in now if you want to secure one of the final tickets still available.”