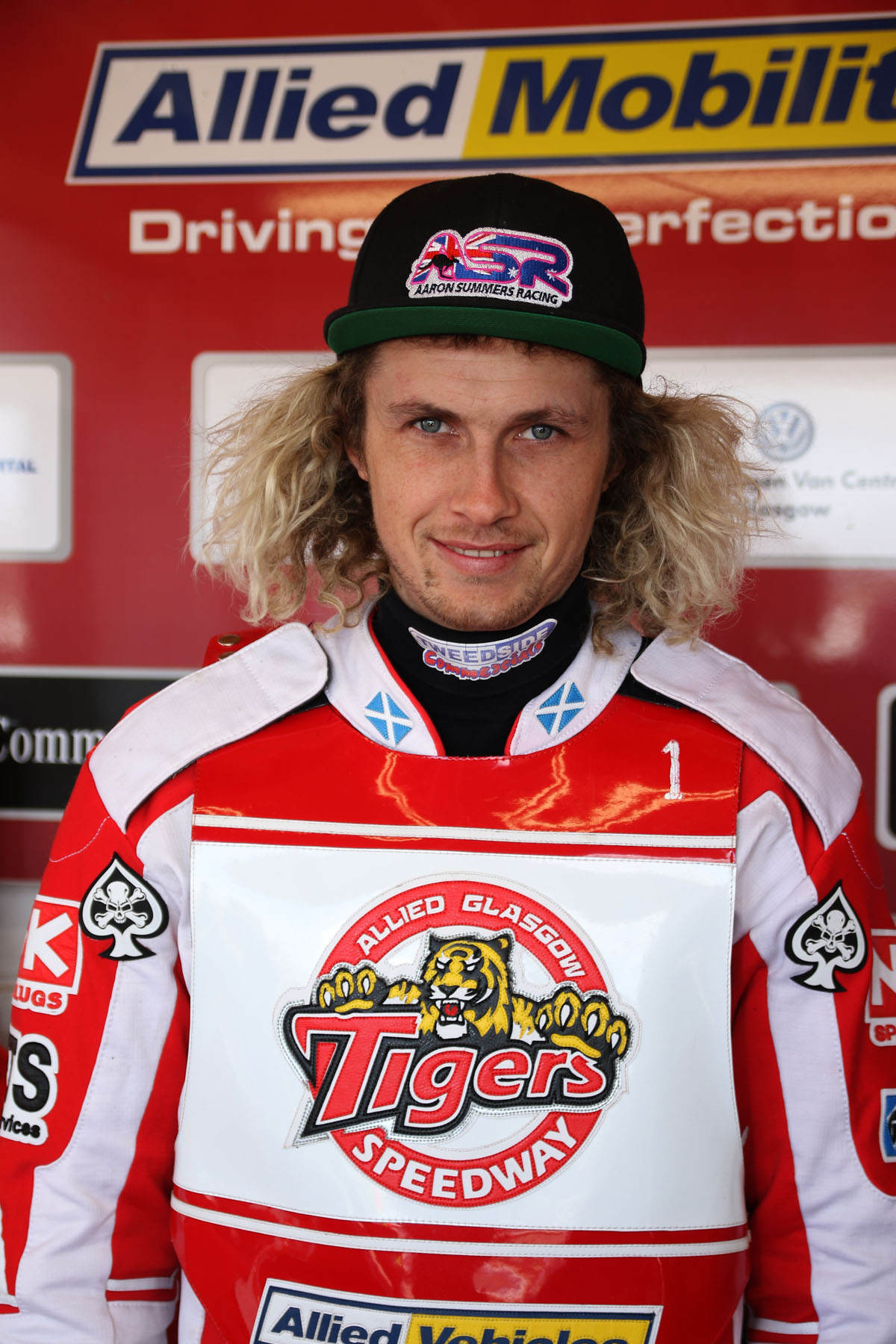 Aaron Summers has urged Glasgow fans to stick by the team and insisted that Tigers are still in the Championship title race.

The Glasgow club let slip a 12-point lead to go down at home to top side Sheffield Tigers on Saturday but skipper Summers and his team-mates fought back to take a point at Peterborough Panthers 24-hours later.

Australian-born Summers admitted: “Our confidence took a hit on Saturday.

“Everyone realised we shouldn’t have lost and we wanted to show what we could do at Peterborough.”

The former Edinburgh Monarchs racer added: “I don’t see any reason why we won’t still be challenging for the title.

“Our play-off spot is fairly secure so I’d encourage the fans to give us a chance and support us.

The team is doing better than in previous years and it affects us when we’re criticised.

“We’ve just had a bit of a glitch and with the right backing from the fans we can get back to our best.”

Glasgow go into the Workington and Scunthorpe matches without Dan Bewley, who is sidelined with a hip injury, Tom Perry, who has arm and rib injuries, and Nike Lunna who is awaiting further assessments on injuries sustained in Sweden last week.

Tigers will use Edinburgh Monarchs racer Josh Pickering against Workington and Ipswich rider Kyle Newman against Scunthorpe as guests for Lunna with rider replacement operating for Bewley.