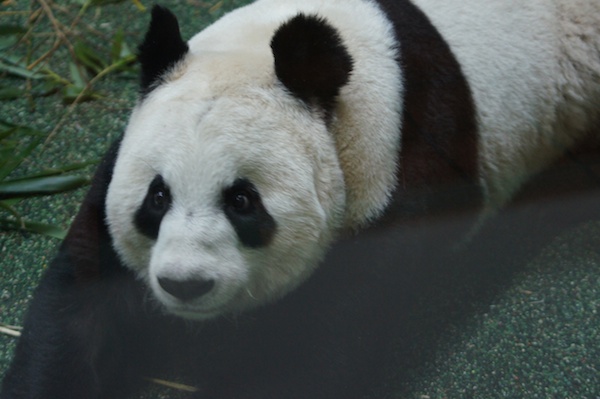 The update is really a no news kind of update. There is no panda cub…yet. The notional date on which the female panda Tian Tian would give birth has now passed. The matter first came to light after a Freedom of Information request to the Scottish Government which elicited an email confirming the zoo believed that the giant panda is once again pregnant. Since the pandas first moved to Edinburgh from China there have been at least two pregnancies, but sadly no cubs yet.

A spokesperson from RZSS Edinburgh Zoo said yesterday : “We can confirm our female giant panda, Tian Tian, will not be giving birth today. Breeding pandas is exceptionally complex and we anticipate that her breeding cycle will continue into September. We’re closely monitoring Tian Tian and we will share any news as soon as possible.

“RZSS has supported over 30 conservation projects to help safeguard the wild population of giant pandas in Western China. Alongside our international partners, the work of RZSS has contributed to the reclassification of the giant panda from ‘endangered to ‘vulnerable’ in the wild.”