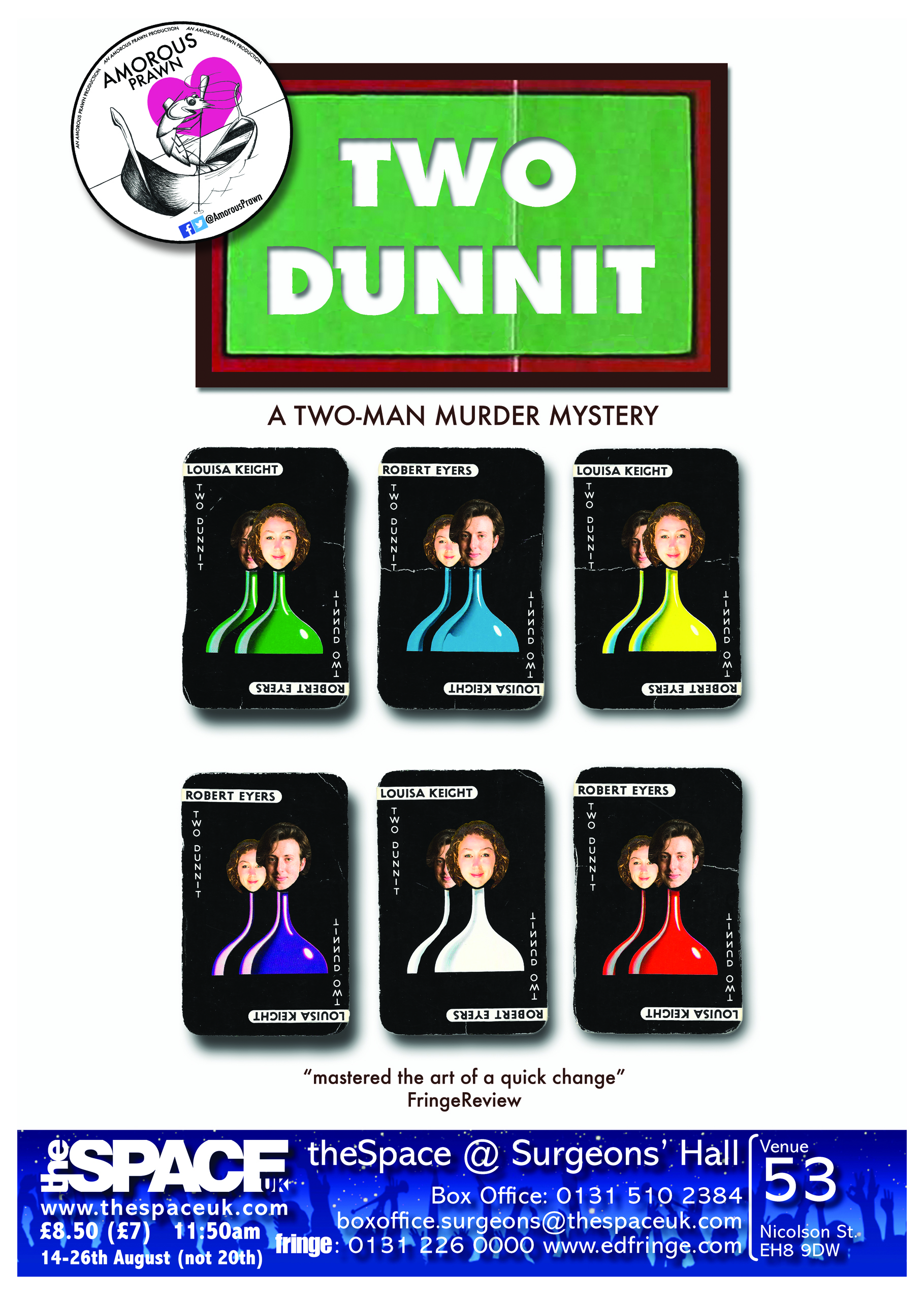 An infernally complicated murder mystery, a barrage of suspects and an hour of comedy – all brought to life by only two comedians.

Louisa Keight (of the Cambridge Footlights) and Robert Eyers (writer/director of 2016 Fringe hit ‘Five Go Off On One!’) present their debut Fringe show as a duo, skilfully blending contemporary character comedy with an Agatha Christie-style murder mystery and the fresh form of audience interaction they pioneered during the 2016 EdFringe Free Footlights’ showcase.

Two Dunnit’s director, Ken Cheng, was a finalist in the BBC Radio New Comedy Awards in 2015, and this year has been identified by the BBC on their New Talent Hotlist.

Only the help of a sixty-strong audience and the quick change talents of two top-tier University of Cambridge comedians can unpick the muddle when amateur sleuths Lucia and Robin stumble upon a farcically complex conspiracy. Two Dunnit is a highly interactive murder-mystery farce, featuring an insane gag rate, a multitude of comic characters and a heavy dose of innovative audience participation.

Louisa Keight is a Cambridge and a naturally inventive character comedian.

Robert Eyers is the writer/performer of many University of Cambridge-based sketch shows, an experienced fringe comic, the writer/director of returning, five star fringe comedy ‘Five Go Off On One!’