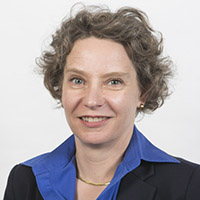 Joanna Mowat is the Conservative councillor for the City Centre Ward. At Thursday’s council meeting the council adopted the coalition plan for the next five years based on principles in both the SNP and Labour Group manifestos. As the opposition, the Conservative Group hold the administration to account, and here Councillor Mowat offers us her views on the plan – which you can read in full below.

You can also watch the discussion over the terms of the business plan, which sets out 52 commitments in six groupings, here.

“Most new Governments or political administrations regard the first 100 days as a time to set the tone of their administration and show how they will take control and govern.  Except that is in Edinburgh – the first 42 days were spent by the SNP and Labour groups dancing a coy tango before consummating their extended courtship with an outline coalition agreement.

“Despite all this time it has taken a further 70 days to agree the programme for government or “business plan” in Full Council, and even then it was at best half a business plan as any concrete measures showing how the themes and pledges would be achieved were missing from the document to be brought back in October.

“The document itself was poorly written, apparently unedited to remove mistakes and made up of platitudes but gives us little idea of what the priorities for this administration are.  Many of the 52 pledges are either already council commitments (some more than 10 years old) or rehashes from the previous administration which leaves us with the new administration which will build 10,000 social and affordable houses over the next five years.

” That was a manifesto commitment for the SNP and the Labour groups so I know they want to do that – but this document – this business plan needs to tell us HOW and it doesn’t.

“If it were at all honest it would give the opposition on the Council, officers and the people an idea of what the administration will have to stop doing or how it will “maximise income” (that’s increase charges on stuff usually) to allow it to fulfil these pledges.  Then we could have a meaningful discussion rather than wasting time – that of officers who need to turn this mince into actions – admiring, or not, the pretty pictures presented on page 6.

“The Council meeting on Thursday showed an administration in disarray who failed to use the opportunities it was given in debate to set out their agenda and explain how their 52 commitments will be put into action and instead attacked the Tories.

“I like a bit of ‘knock about’ political debate as much as the next councillor, but I worry when presented with the first opportunity to set out their stall that the council leader can only hurriedly read out a few items from his agenda and then chooses to attack the opposition.

“Ask yourself why every Convener wasn’t using that debate to set out their stall and tell us how the city will be better after they have been in power for 5 years and chose to launch rambling attacks that aren’t relevant to the vast majority of people in the city – perhaps it’s because they have nothing to say.”

The Coalition Agreement on which all of this is based is on the Edinburgh Labour and SNP websites.