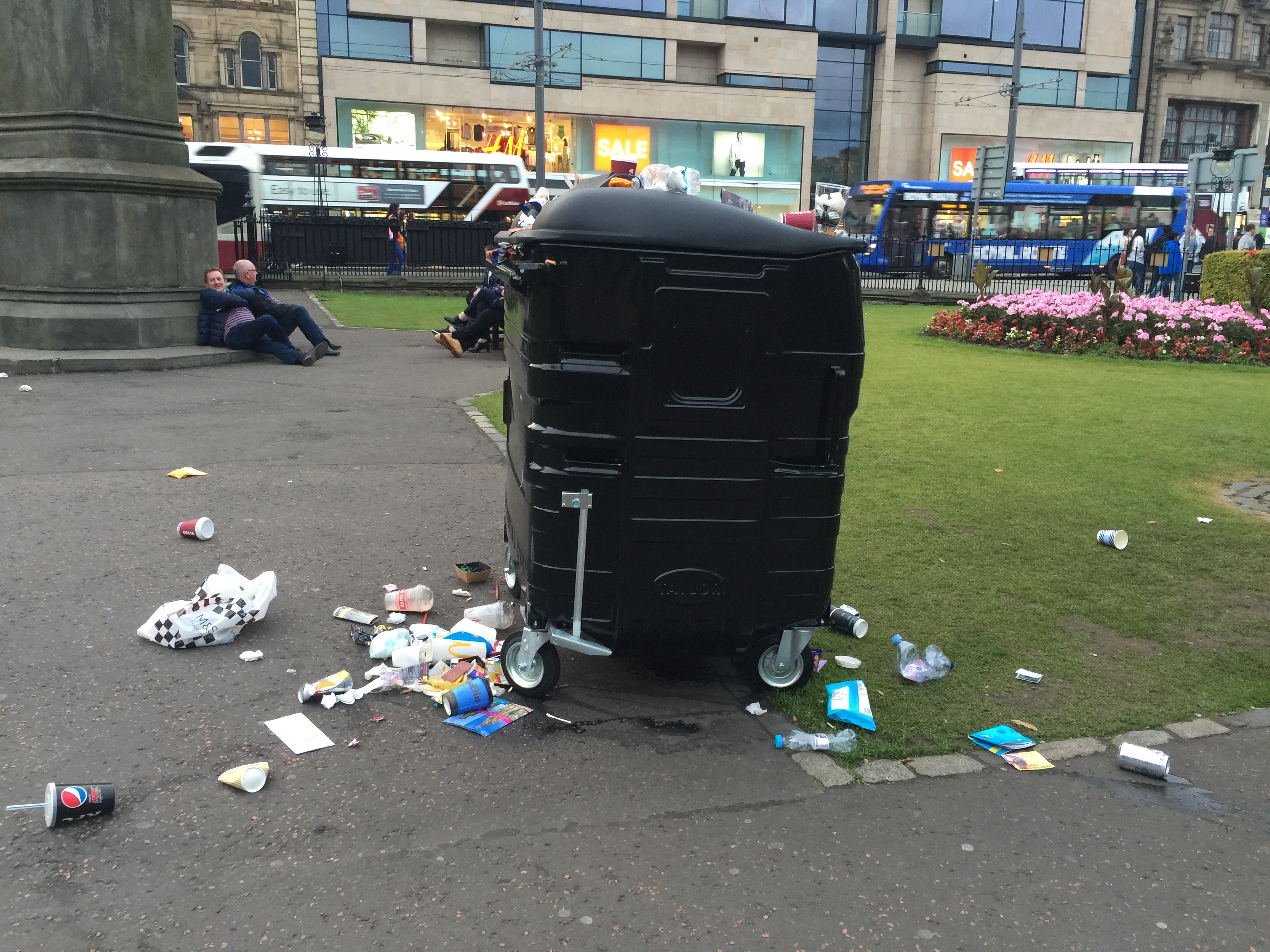 During the festival last year the number of complaints about waste on the streets, particularly in the city centre rose markedly.

Now the council says that the number of calls to them about waste and cleansing have gone down by over a quarter compared to the same time last year.

Matters such as fly-tipping, litter, communal bins and dog fouling are included in these statistics but a new plan which was agreed in autumn 2016 is beginning to have an effect. There are more staff in place to deal with rubbish and there is more engagement on social media too.

The council also claims that the Our Edinburgh campaign which aims to make residents more aware of how they can get rid of their big bulky items has begun to work. Cllr Lesley Macinnes, Transport and Environment Convener, said: “As ever, we want to ensure Edinburgh is as clean and tidy as possible for both residents and visitors and, thanks to our hard-working staff, this is a really positive start to one of the city’s busiest times of the year. It is also clear evidence that measures such as increased staffing and the Our Edinburghcampaign are working well.

“We hope to be able to continue to manage this demand, however, we rely on the public doing their share too. We would encourage people to always take care when disposing of their rubbish to help make the Capital as beautiful as we all know it is.”

Improvements in place this summer

Find out more about reporting litter on the Council website.