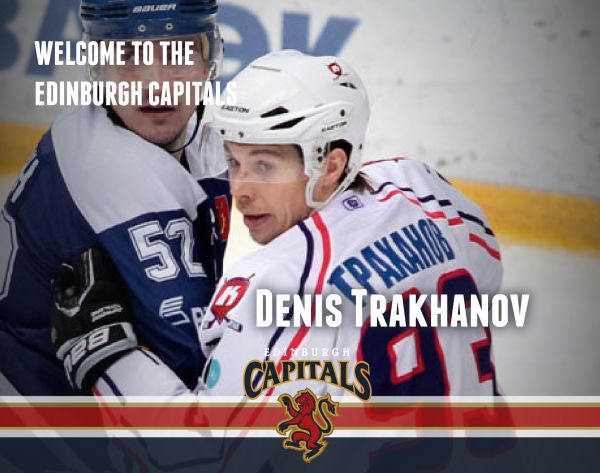 Denis Trakhanov, a former Russian under-18 and under-19 defenceman, has added his name to Edinburgh Capitals new-look roster.

The 28-year-old switches to Scotland from Poland’s top division where he emerged as the top goal scoring defenceman with 12 goals in 36 games.

Trakhanov – who is 5ft 9in tall – said: “I had a good year personally in Poland last season and I’m looking forward to a new challenge.

“I’ll look to continue from where I left off last season and play hockey I hope excites the Capitals fans”.

Dmitri Khristich, Capitals’ head coach, said: “He’s not a big defenceman physically but is someone who has a great attitude on the ice and off and wants to apply himself to show that the scoring touch he had last season in Poland wasn’t a fluke.”