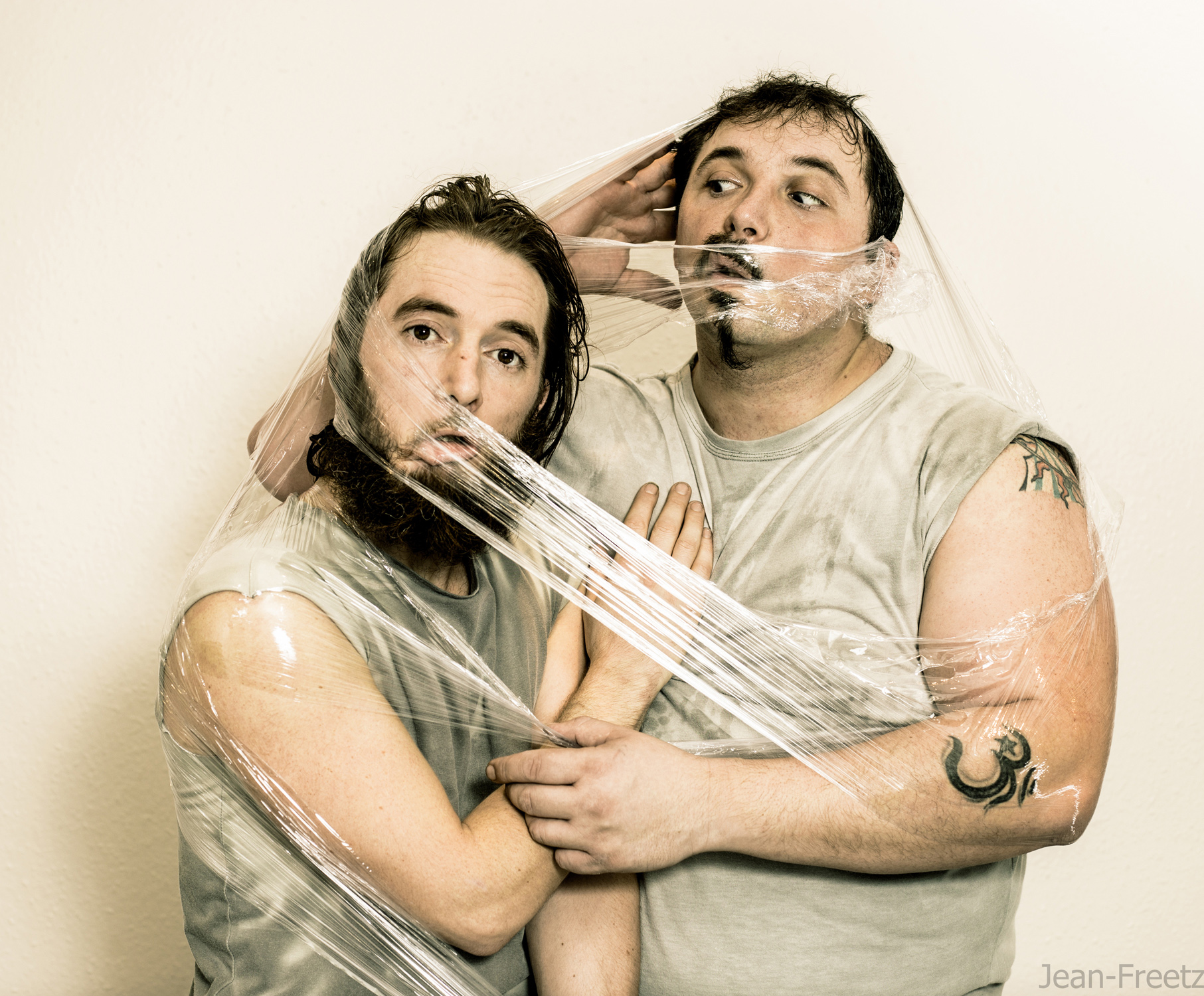 Breathtaking displays of highly skilled acrobatics and juggling combine with expressive clowning, evocative of the cream of the silent comedy double acts like Laurel and Hardy, in this European smash-hit making its Fringe debut. Attached is a fast-paced energetic, thoroughly entertaining and funny circus show for all the family. Two brilliantly skilful performers, one lithe, small and mischievous, the other giant, clumsy and warm-hearted, are hopelessly connected to each other.

When one falls, the other one flies and both make use of extensive quantities of velcro. As with anyrelationship there is an air of competitiveness as well as collaboration as they strive to out perform each other and win approval.

Flying, flipping, sliding and sticking, this thrilling show just won’t let you go. Everything and everyone, including the audience, is attached and constantly surprised at the antics of the pair.

Attached has toured extensively around Europe and the USA to deafening audience and critical acclaim. This is its first appearance at The Edinburgh Festival Fringe.