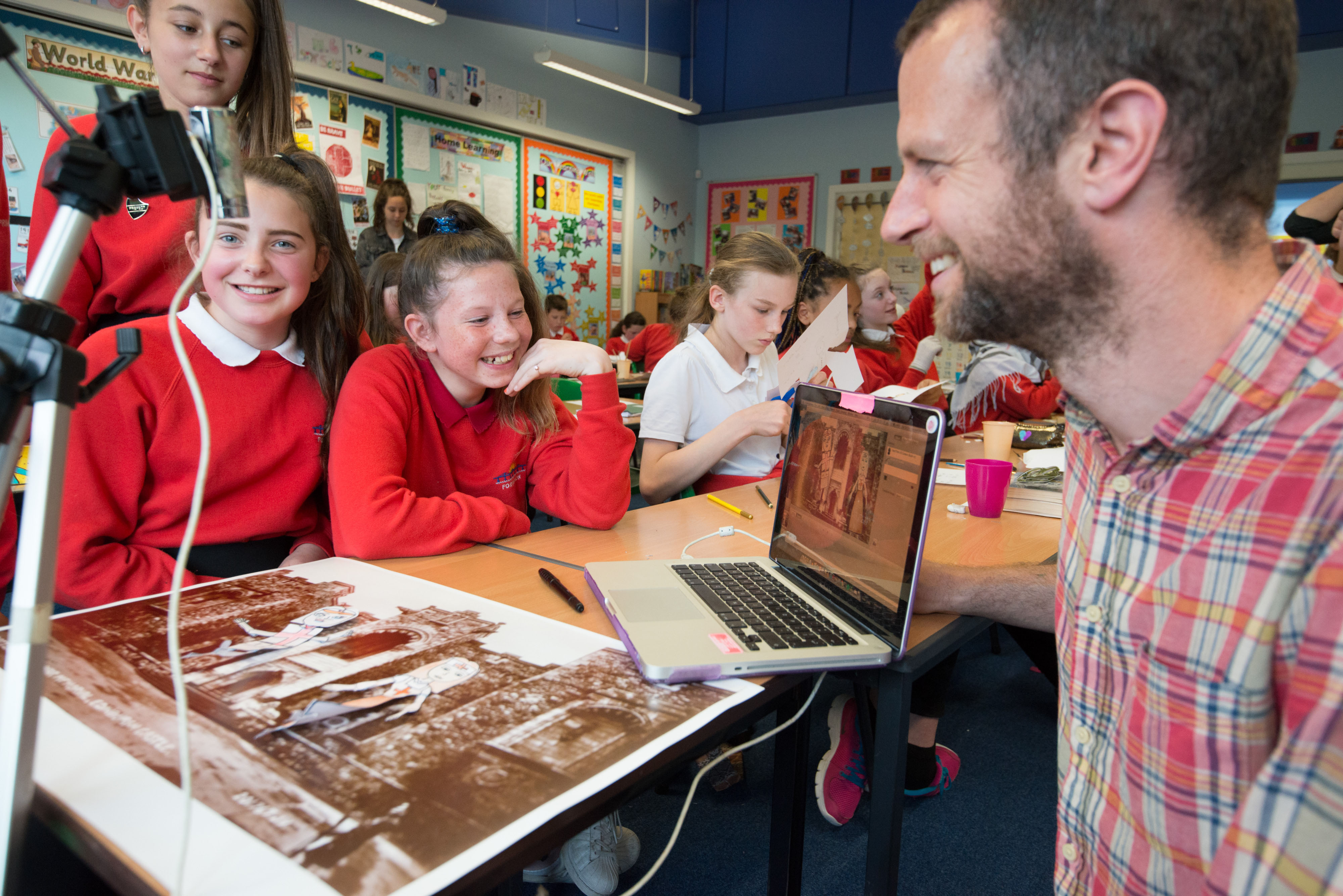 Parents of pupils at Forthview Primary School have attended the premiere of an animated film showcasing a project between their children, Historic Environment Scotland and SCRAN (Scottish Cultural Resources Access Network).

Historic Environment Scotland have been working with Forthview since 2014 to support their World War I topic with pupils taking part in a series of cross-curricular workshops at their school and Edinburgh Castle.

To showcase the pupil’s learning and experiences, Historic Environment Scotland commissioned animator Henry Cruickshank to work with the pupils to create their own animation.

This film encapsulates all that they have learnt along the way and it will be a great resource for pupils studying the First World War in the future.”

Before making the film, P7 pupils took part in animation workshops and studied techniques such as character and plot development, storyboard creation and animation techniques. .

“The trips to the castle developed their breadth of knowledge and understanding of life in 1914. Everyone joined in the engaging, hands-on workshops and rounding it off with an animation workshop was excellent.”

The film will be housed on Historic Environment Scotland’s website later this year where it will be available as a resource for other pupils studying the First World War.