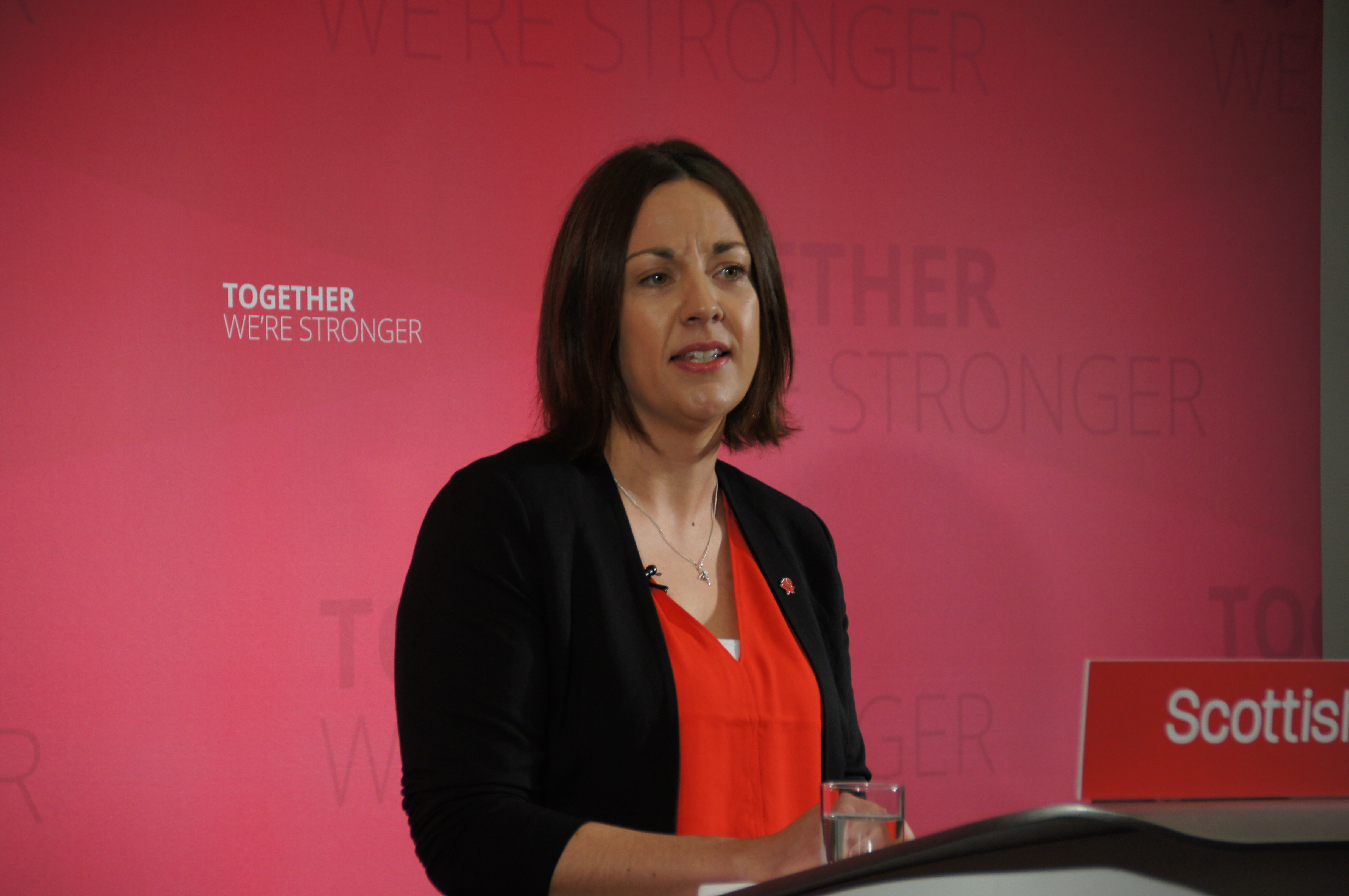 Earlier today in the fabulous (though rather warm!) events room in the Grassmarket Community Project, the Labour Leader Kezia Dugdale was welcomed by the party faithful, who included some of the local Edinburgh candidates. She railed against the Tories  who have she said failed in their bid to leave the nasty party tag behind. Criticising their actions which are very different from what they said, Dugdale explained that the Tories delivered cuts to disabled people, introduced the bedroom tax and the rape clause. She claimed that they have slashed support and threatened opportunities at every turn, and of course have ‘dragged us into an ill-fated European referendum which could damage our economy and people’s livelihoods even further.

She said  : “They pledged, and continue to pledge, to be a party of working people. What a joke! But it is not funny. It’s offensive. Working people today are set to be £1400 a year worse off by 2020. They have cut tax credits, watched as wages have gone into freefall and turned our economy into one where low paid, insecure work and zero hours contracts are endemic.” As for the SNP they fared no better. “It is right that we present people with a clear choice. And an opportunity to reject the politics of division that both the SNP and the Tories represent. They are the two sides of the same coin. Both are intent on distraction and diversions, ducking the real issues in this election campaign.”

The main points in the Scottish Labour Party 2017 manifesto are:

Labour will create a Scottish Investment Bank with £20 billion of investment power to help businesses grow and stimulate the Scottish economy.

Introduction of a £10 an hour Living Wage

Establishing a Constitutional Convention to form radical proposals on how the country should be run – as a federal UK.

The Transport plans in the 120 page document include a reference to our very own Lothian Buses which is being held up as a model for municipal transport.

But with only one MP elected at the 2015 General Election Scottish Labour may still have a hill to climb. We asked Ms Dugdale about this manifesto and how it might help Ian Murray get re-elected for Edinburgh South.

We spoke to the Scottish Labour leader after the launch :

We also spoke with Ian Murray who until recently was the only Labour MP in Scotland, representing Edinburgh South.

He was clear that Labour have answers which people want :

We spoke to @IanMurrayMP after the launch of Scottish Labour’s manifesto today pic.twitter.com/YNnigwGQ2B

Here is a quick chat with Edinburgh North and Leith candidate @GJMunro26 – it was noisy! We will record an interview with him soon pic.twitter.com/6A3IFESDH6

Commenting after the Scottish Labour manifesto launch, SNP Depute Leader and candidate for Moray, Angus Robertson, said: “This manifesto launch shows once more Kezia Dugdale’s desire to hit the poorest in our society with a bumper tax bill – seeking to raise the tax burden of those on the lowest incomes.

“Labour cannot pretend to support ordinary workers when at the same time they want to hit them with a fresh tax bombshell – something even the UK Labour party have avoided.

“Polling over the weekend has shown that Labour can’t win the election in Scotland – and if Labour voters want to keep the Tories out of Scotland, only a vote for the SNP can achieve this.

“As always on tax, on trident and on Brexit, Labour are at sixes and sevens.

“This election is about who can best stand up for Scotland’s schools, hospitals and pensions from unnecessary Tory cuts and an extreme Brexit deal which will put Scottish jobs at risk.

“It is the SNP who have led the opposition to the Tories at Westminster – and as is becoming clear in this election, Scotland is leading the policy debate in the UK.

“Now more than ever, it is vital to have strong SNP voices standing up for Scotland – only then can we protect Scotland from the dangers of an unopposed Tory government at Westminster.”

Scottish Liberal Democrat leader Willie Rennie said: “We need to get the SNP to cancel their divisive independence referendum. The SNP risk leaving Scotland outside the UK as well as outside the EU. That is bad for business, security and the NHS.

“The big problem for Labour is that they voted with the Conservatives for an extreme hard Brexit.

“They have joined UKIP in giving up on the single market. They would be devastating for Scottish jobs.

“If you want Scotland in the UK and the UK at the heart of Europe you’re only choice is to vote for the Liberal Democrats.”