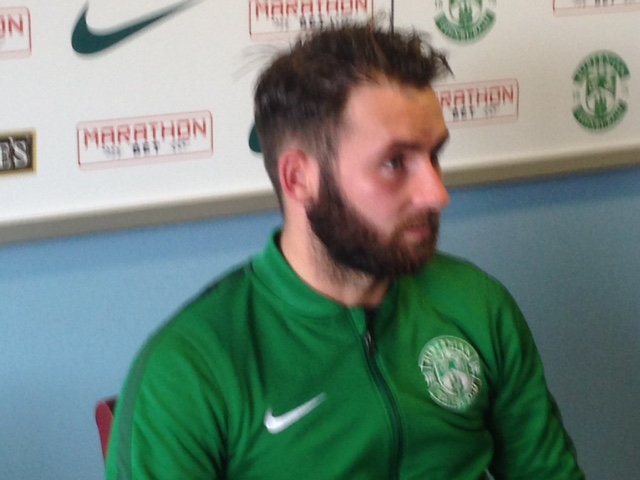 James Keatings has left Hibs and will join Dundee United on a pre-contract agreement.

The 25-year-old striker has previously played for Celtic, St Johnstone (on loan), Hamilton and Hearts.

He has enjoyed promotion to the Premiership  with Hamilton, Hearts and now Hibs.

Last season he achieved legendry status at Easter Road after helping the club end the 114 year hoodoo by finally winning the Scottish cup.

He was on the field at the end of the game having replaced Jason Cummings. His goal in time added on against Falkirk which secured a valuable 2-1 victory has been nominated for SPFL Goal of the Season.

Keatings told the club website:  “I look forward to joining Dundee United. I have enjoyed playing at Tannadice, and I know I am joining a fantastic club with a great reputation who are set up to be in the Premiership. My goal is to be scoring in the Premiership for United whether it is next season or beyond.”