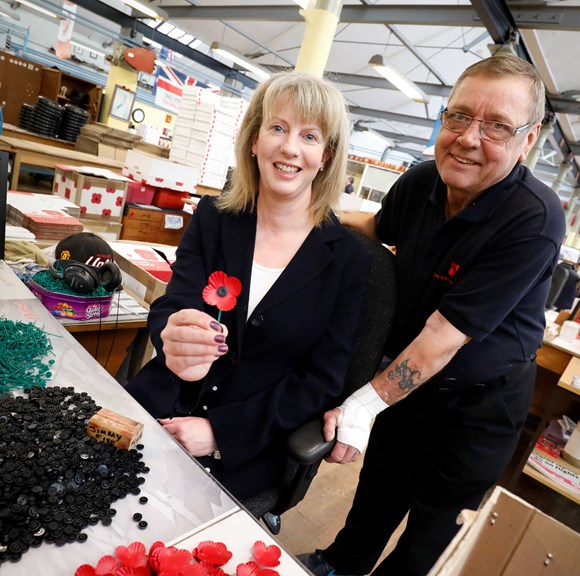 Health Secretary Shona Robison was in Edinburgh to announce that veterans will get full war pensions with £5 million of Scottish Government funding promised. Up to 1,300 veterans in Scotland will benefit from today as they will now receive the full value of their war pensions, an average of £87.85 per week.

This follows a campaign by leading Armed Forces charity Poppyscotland, which highlighted a discrepancy that saw compensation awarded to veterans injured in service reduced to cover some of their social care costs.

The money will be provided to local authorities to ensure all veterans receiving social care at home or in a residential home will now keep the full value of their war pensions and armed forces compensation scheme payments as these will now be exempt from financial assessment.

This commitment builds on the positive work already going on to support armed forces veterans in Scotland, and follows advice provided to the government by Poppyscotland.

Ms Robison met veterans at the charity’s Lady Haig Poppy Factory in Edinburgh and said : “Armed forces veterans are true assets to our society and it is right that we look after them as they did us, which is why we have made this money available.

“Pensions are an important source of income for many and ensuring that veterans receive the full amount they are rightfully entitled to will make their life that little bit easier.

“We want to make the social care system fairer which is why we continue to make changes to charging and are also undertaking a feasibility study into the extension of free personal care to under 65s.”

Poppyscotland Chief Executive Mark Bibbey said: “Together with our colleagues in the Royal British Legion we launched our Insult to Injury campaign in February 2015, and thanks to the public support it garnered, the Scottish Government very quickly engaged with Poppyscotland to find a way of addressing this historic discrepancy.

“The Scottish Government has once again demonstrated great commitment to ensuring our Armed Forces community receive the support they deserve. We are extremely grateful they have committed this funding, and our thanks also go to our supporters who helped us raise awareness of our Insult to Injury campaign.”