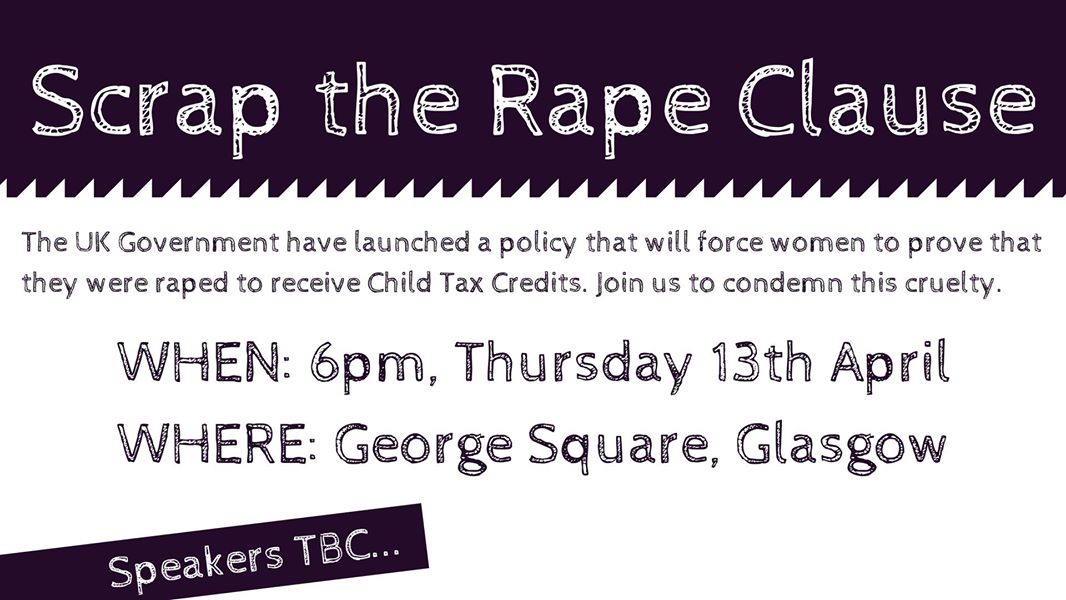 Tomorrow evening in George Square, Glasgow there will be a protest against the Family Cap and Rape Clause. More details on Facebook here.

The protest will be live streamed if you cannot attend.

Since 6 April 2017 the UK Government introduced a new law across the whole of the UK on benefits. This introduced a cap on Child Tax Credits to just two children – unless the mother can prove that any third child was born as a result of rape.

Many believe that this new law is unfair and may push women and children into poverty if the woman does not want to talk about any rape, possibly for the first time. If welfare is not available then it is easy to understand that for women on benefits life will become financially even more difficult.

It has gathered some criticism from The Scottish Government and in particular when The First Minister Nicola Sturgeon spoke to Tina Brown at the Women in the World Summit last Thursday afternoon.

She explained the effect of the new law to the audience of 3,000 Americans, and there were audible gasps when she did so.

The First Minister said : “It is a disgusting and disgraceful policy but that policy has been introduced by a woman Prime Minister. That’s the point I’m making its not enough the be a woman in politics you have to do the right thing with the power you’ve got.”