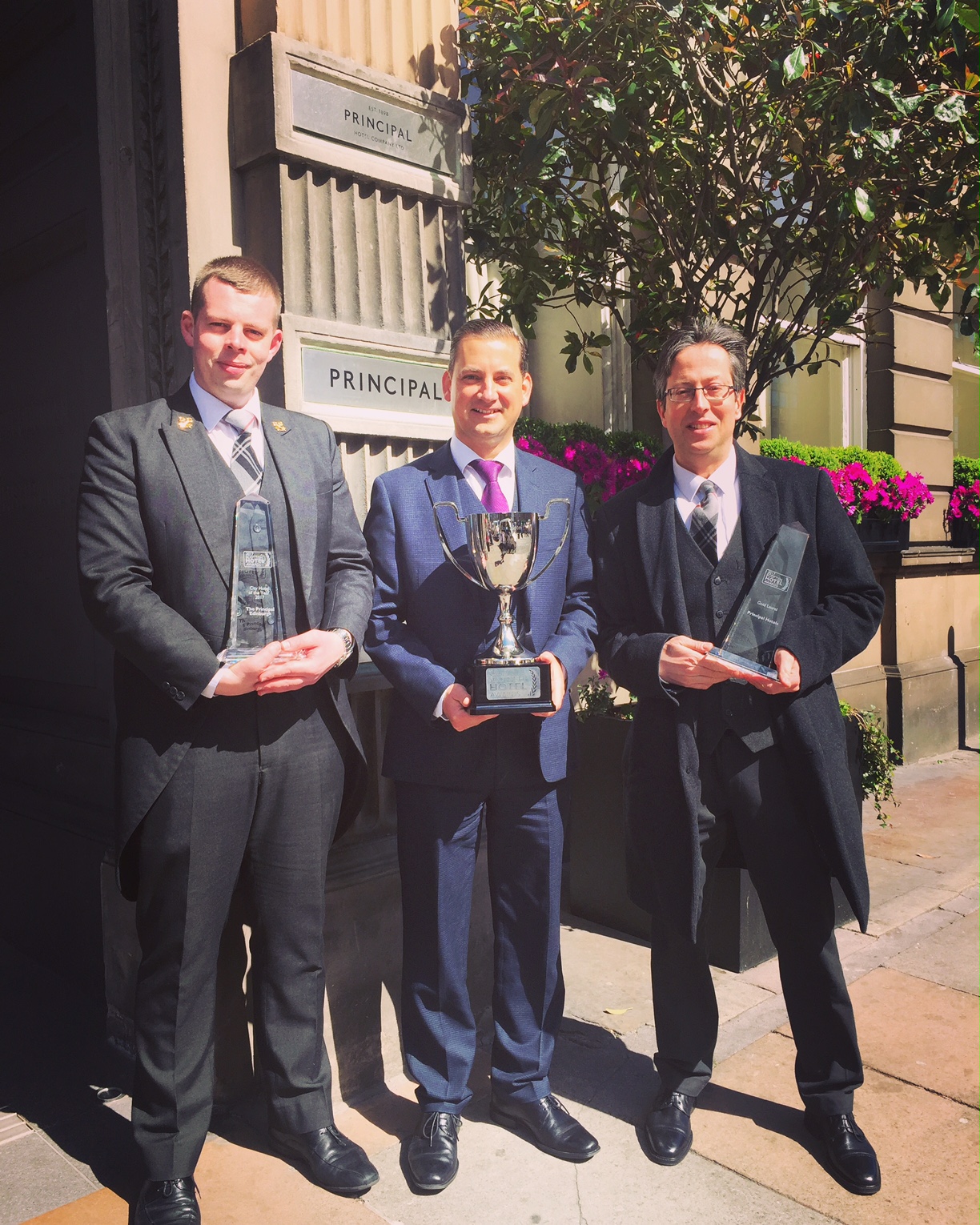 One of Edinburgh’s oldest hotels Principal Edinburgh was named Scottish Hotel of the Year at the weekend. The ceremony was held in the Crowne Plaza in Glasgow (who must have been shaking in their shoes with the audience they had!) The hotel won the top prize and was named City Hotel of the Year in front of the 400-strong crowd.

In 2016, the hotel was refurbished from head to toe, courtesy of a multimillion-pound investment by owners Starwood Capital Group. One of the features we really like is that they have removed the super-complicated phones from guest rooms and have replaced them with a red phone which connects to a real person!

Following the opening of brand new restaurant The Printing Press Bar & Kitchen and coffee shop, Burr & Co., the main hotel has also undergone its own transformation.

As well as the lobby and library, the stunning King’s Hall – which plays host to major functions and many city centre weddings – has been fully refurbished to showcase many of its original period features.

Andreas Maszczyk, General Manager said: “It is an honour to win three awards at such a prestigious ceremony. Being named Scottish Hotel of the Year and City Hotel of the Year is testament to the hard work of the hotel team. We believe in offering the best experience for guests visiting Edinburgh, and both awards are a true reflection of this.

“The Gold Laurel was just the icing on the cake, and recognises the sheer scale of investment that has gone into the hotel over the past year. I’m exceptionally proud to look after such an iconic hotel and to lead such a wonderful team.” For more information on Principal Edinburgh visit www.phcompany.com/principal/edinburgh-george-street or call 0131 225 1251