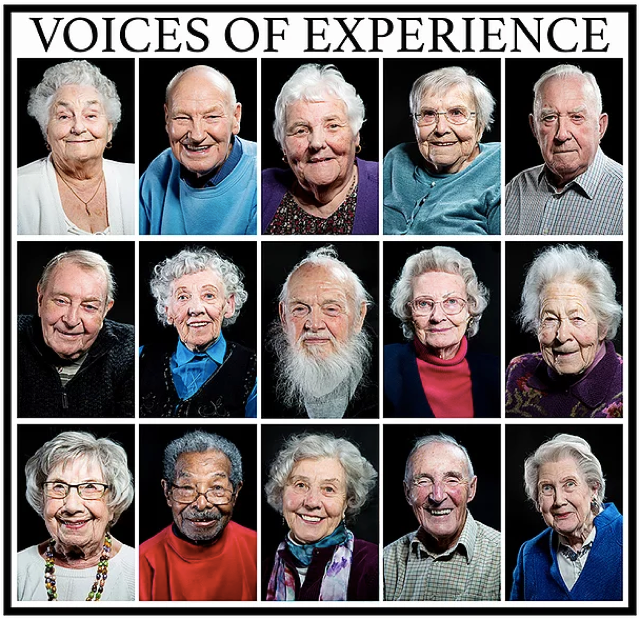 An exhibition of Images, Audio and Text by Edinburgh photographer Jim Mackintosh that explores the lives of over 40 volunteers aged 75–106 will be held at The Scottish Storytelling Centre, 43 – 45 High Street, Edinburgh From Saturday 11th March 2017 to Saturday 8th April 2017.

The result is a social history that weaves through the very different lives of those involved. They reminisce about their early childhoods, the impact of living through the war, schooldays, the influence of their parents and more. They also speak candidly about what it means to be getting old and their views on death.

A short video is available to view here.

Jim said: “This is a very personal project which I began in the spring of 2016. My mum had died in 2014 and I had always deeply regretted that I had never asked the questions I should have. I knew dates and events but hadn’t known how she’d felt about the things that had happened in her life.

“I thought it important to recognise and celebrate the lives of the older members of our community. They are often looked upon as being merely ‘old’ with no thought to the lives they’ve led and this was confirmed by one lady that told me “I feel invisible” whilst another stated “I wasn’t always this age”.

“That was probably the kick-start I needed and made me think that it was a worthwhile idea but I wasn’t sure how it would progress and it certainly developed over time. The interviews became simple conversations that went wherever the participants took them but I had certain categories I wanted to cover, e.g. memories of their own parents, childhood, schooldays, life in wartime.

“It was a very humbling experience. They were all extremely open and honest, often revealing aspects of their lives that their families were unaware of.

“It may be that it’s easier to talk to a stranger about certain things, perhaps the most obvious being ageing and death itself, which is often a taboo subject or just a topic that’s too upsetting to discuss with a parent. The thoughts they expressed were at times emotional, upsetting and comforting but always honest and forthright.

“I hope those viewing the exhibition will recognise the individuality of the participants and come to appreciate the lives they’ve led, often in very trying circumstances. Their individual stories also reveal interesting comparisons and crossovers that combine to document our social history.”

Jim Mackintosh is a retired Police Detective Superintendent who went on to obtain a BA in Professional Photography and now combines personal projects and documentaries alongside his commissioned work.