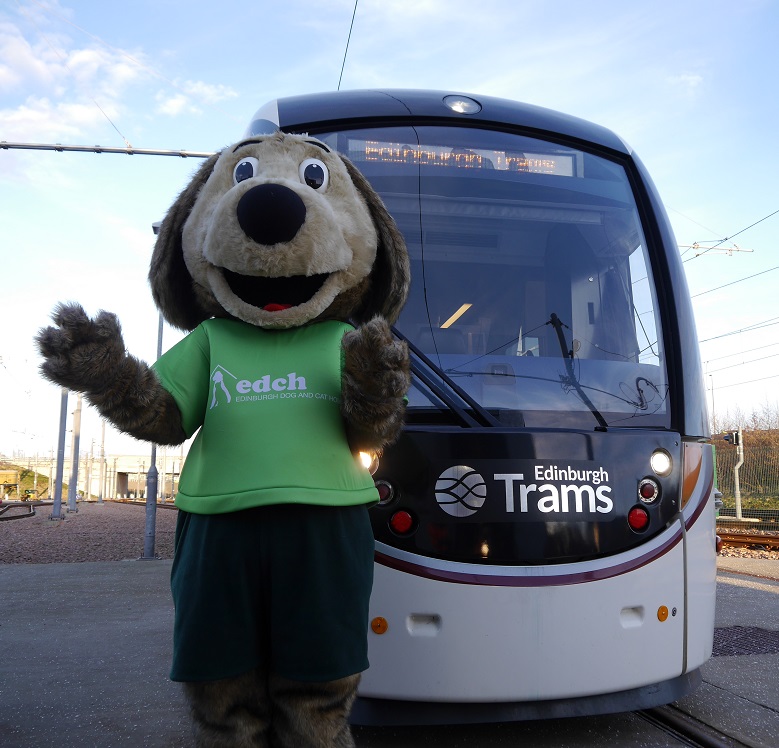 A charity that rescues lost and abandoned pets in Edinburgh has been ‘adopted’ by employees of the city’s tram system.
Edinburgh Dog and Cat Home came out top in a staff poll to find a charity to support in the financial year 2017/2018 as Dean Anderson, Customer Experience Manager at Edinburgh Trams, explained.
“Traditionally, people working on the tram have generously supported various national appeals; but this year we also wanted to do something a little different by fundraising for a local charity,” he said.
“We came up with a shortlist of three worthy causes from around the city and the home attracted the most votes from the Edinburgh Trams team. Now we are planning a series of fundraising events that will take place throughout the year.
Based in Seafield Road, the charity rescued nearly 700 lost and abandoned pets last year, rehoming nearly 340. It is reliant on the support of the public, receiving no lottery funding or government grants.
Howard Bridges, CEO at Edinburgh Dog and Cat Home, commented: “We are thrilled to be chosen as Edinburgh Trams’ local Charity of the Year. Like the tram, the Home is part of the fabric of our city, having welcomed thousands of lost and abandoned pets from all corners of Edinburgh over the last 134 years.
“The support from the tram will make a real difference to the animals in our care, from providing food and shelter to much-needed veterinary care.”
Caption: Hamish, Edinburgh Dog & Cath Home mascot.