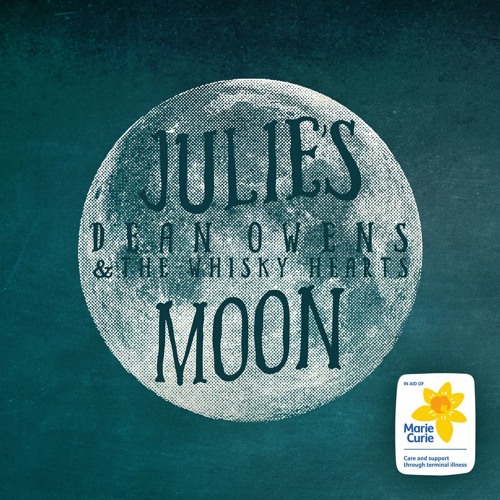 Dean Owens has written his newest single, recorded it with his band The Whisky Hearts and released it on iTunes to raise funds for Marie Curie’s Great Daffodil Appeal which runs all the way through March.

You can now download the song on iTunes and all proceeds from the sale of the single will be donated to the cancer charity, Marie Curie.

Sadly Dean has had first-hand experience of cancer, as his beloved big sister Julie died in 2015, aged just 50. She was one of his biggest supporters and was always at his gigs. Dean wrote Julie’s Moon in memory of her in a very personal and moving tribute.

Dean said :”This is a song I wouldn’t have chosen to write due to the circumstances, but when it came to me I knew I just had to go with it. My sister was a big fan of my music so it seems only appropriate that she now has her own song, and I’m delighted if it can do some good in raising awareness and funds for the work of the Marie Curie charity.”

Marie Curie provide care and support for people living with any terminal illness, as well as their families. The Great Daffodil Appeal is Marie Curie’s biggest annual fundraising appeal which takes place all month long.

Look out if you are in St Andrew Square this week for all the daffodils which will be planted there from tonight Wednesday.